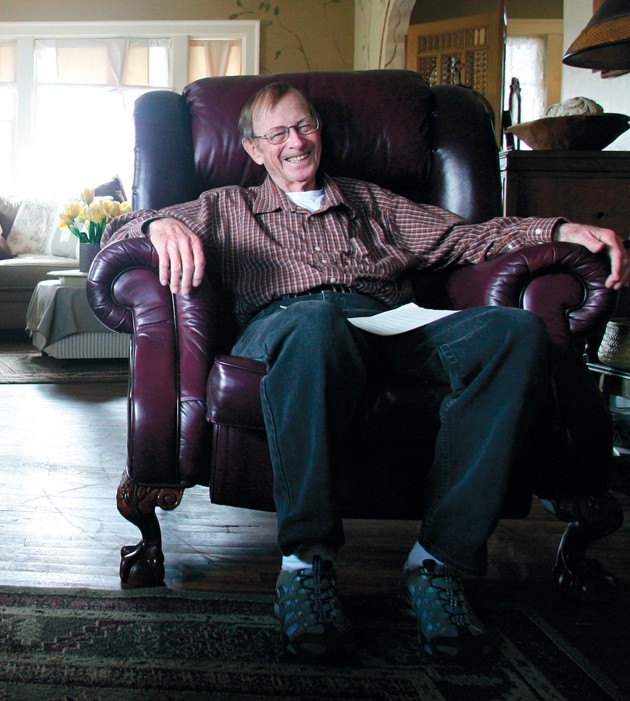 April 4, 2013
Ed St. Clair leaves behind a lifetime of dedicated service to the community

Former Tooele County Commissioner Ed St. Clair passed away Tuesday. He was 87, and a member of the Ophir Town Council, when he died.

His membership on the town council is a capstone for a life filled with public service.

In 1991, he was appointed to fill the unexpired term of William Pitt, who stepped down from the county commission to accept an appointment as justice court judge for Tooele Valley.

“Ed was a good man,” said Leland Hogan, who served on the county commission with St. Clair. “He came on to fill an unexpired term and pulled his weight very well. Ed loved serving the people of Tooele County.”

St. Clair served on the county commission for two years. In 1992 he narrowly won a Democratic primary against Lois McArthur. McArthur went on to run as a write-in candidate and St. Clair lost the general election to his Republican challenger, Gary Griffith.

In 1994, St. Clair made an unsuccessful attempt to regain a seat on the county commission but lost to Teryl Hunsaker.

St. Clair was born and raised in Ophir.

“My dad worked out at the south area while he was in high school,” said Jeff St. Clair. “His job required him to work until midnight to keep the trains running. He would come home to Ophir after work and then get up early in the morning to catch the bus to Tooele for high school every morning.”

When St. Clair turned 18 he was drafted into the Army and served in World War II under Gen. George Patton.

A member of the Army Corps of Engineers, St. Clair landed on Normandy Beach three days after D-day.

Returning from the war, St. Clair worked in the mines in Ophir and for a while owned and operated his own mining company.

The mine didn’t work out well so St. Clair took a job at Tooele Army Depot as a machinist, according to his son, Jeff St. Clair.

His career at the depot lasted 30 years.

While at TAD, St. Clair organized and served as first president of the Tooele Federal Lodge of International Association of Machinists.

In an interview recorded by grandson Josh, St. Clair describes the organization of the union.

“After I organized the union they had a big reduction in force at the machine shop,” said St. Clair. “They were trying to get me but they couldn’t.”

Instead St. Clair said he was given a reduction in grade and transferred to a maintenance job in the paint shop.

“They transferred me around a lot,” said St. Clair. “I think they were trying to get me to quit, but everywhere they sent me, I set up a table and signed up more union members.”

When he retired from TAD, St. Clair started a home repair service. In 1991 he stopped his home repair business to work full-time as a county commissioner.

He resumed his home repair work when he lost his seat on the county commission.

While St. Clair eventually moved from Ophir to Tooele, he kept property in Ophir and declared Ophir as his official residence, as have many other Ophir residents. This kept him eligible to serve on the Ophir Town Council.

“God gave my dad a lot of talents,” said Jeff St. Clair. “But he didn’t use them to seek fortunes for himself. He used them to help others his entire life.”