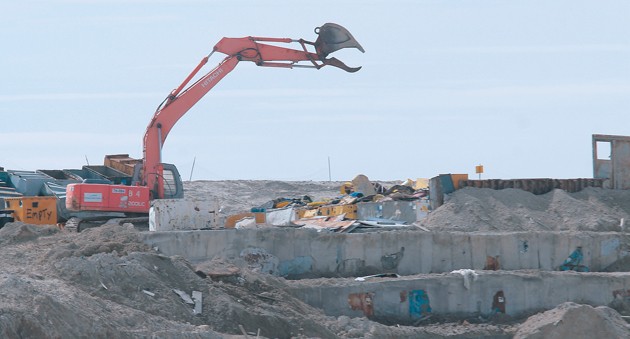 The National Safety Council, a non-profit organization, awarded the Clive facility with the council’s perfect record award. The council is chartered by congress and partners with businesses, government agencies, elected officials and the public to promote safety in the workplace, home and community.

The perfect record award recognizes businesses that have completed a period of 12 months with no workplace injuries or illnesses that result in employees taking days away from work.

The Clive facility reached that 12-month mark in November 2012.

EnergySolutions’ Clive facility was also recognized on April 11 with a workplace safety award of merit at the Utah Manufacturers Association and Utah Mining Association’s Safety Conference.

EnergySolutions was one of 13 companies that received an award of merit at the UMA’s annual conference.

The workplace safety award of merit is presented to companies based on sustained levels of excellence in safety, continuous improvement, no loss time injuries, implementation of programs to improve safety records, and systems that prevent accidents.

“The industry has always strived to achieve work site wellness and reduce occupational injuries and illnesses in the manufacturing industry through education, training, advocacy and partnership,” said Todd Bingham, Utah Manufacturers Association president. “These awards are further acknowledgment of the ongoing efforts being made to create safe workplaces.”

“I want to congratulate the entire team at Clive for their commitment to safety and the example they are to everyone in the workforce,” said David Lockwood, CEO and president of EnergySolutions. “Their commitment every day to safety demonstrates our dedication as a company to the highest standards in the industry.”