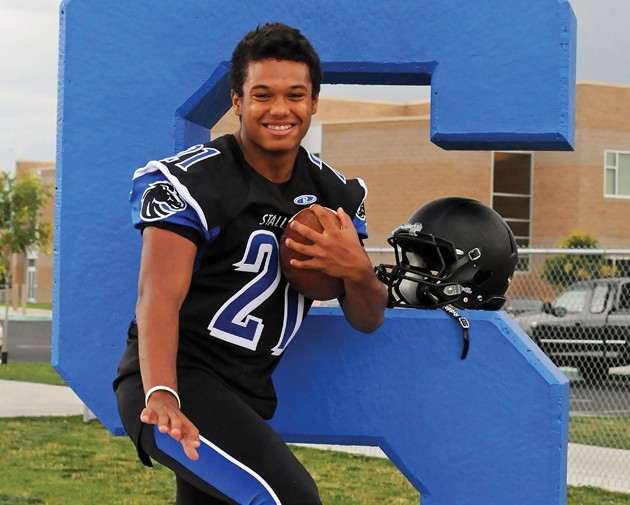 When Matt and Darcy Horowitz make their now-annual return to Stansbury Park in May, it feels like coming home, to a place where their son is loved and remembered.

It will be no different this year, when they prepare to present the Jesse Horowitz “Do Great Things With Your Life” Scholarship on May 21 to a deserving Stansbury High School senior pursuing further education. Jesse Horowitz was expected to attend Dixie State University before his death in April 2014.

The scholarship has also benefited Jesse’s friends and former classmates, according to Toni Broadhead, one of Jesse’s teachers and the Stansbury High Hope Squad advisor.

“I think it has been healing for students that knew Jesse and his friends and family,” she said.

Jesse always had a great attitude and was a great kid, and should be remembered for who he was, not the tragic way he died, Broadhead said.

“I think the Jesse Horowitz scholarship lets people do that,” she said.

The scholarship amount will depend on the fundraising efforts, with last year’s recipient awarded $5,000.

To be eligible for the scholarship, the applicant must be a senior at Stansbury High, with a 2.5 minimum GPA or consistent improvement, and be pursuing a post-secondary education. They must also show need for financial support, with extra consideration possible for a student planning to attend Dixie State University.

Requirements include a 3-6 page essay, a short explanation of financial need, two letters of recommendation and a brief outline of career and educational plans. Full details on the scholarship and applications are available from Mrs. Kristin Cavey in the counseling center or online at stansburyhigh.tooeleschools.org.

Students at Stansbury High School can apply for the scholarship through April 9.

In addition to monetary donations, people can contribute through their actions by helping someone in need or participating in the Hope Squad, Darcy Horowitz said.

“Anything that kids can do to befriend a kid, anything they can do to bring out in the open if someone is being bullied or if there’s going to be a fight going on, to tell somebody to try and keep this from happening again,” she said.

The Horowitzes now live in Illinois and are involved in the local chapter of Helping Parents Heal, a national support group for parents who have lost children. Darcy Horowitz is working with at-risk youth in the juvenile detention system, to help them think about choices and give them hope to change their lives.

While still processing their own grief, the recent vehicle accident death of Lincoln Powers, 19, a former Tooele High football star, has weighed heavily on the Horowitzes.

Matt Horowitz said the grief of losing a child is difficult to handle.

“You never think it’s going to happen and then when it does, there’s no playbook,” he said. “There’s no easy way out of this.”

Small bright spots, like recent social media posts and the support of Jesse’s friends, have been helpful for the couple, according to Darcy Horowitz.

“It just reminds me that Jesse’s spirit is still there helping these younger kids,” she said. “… It just warms my heart and takes the pain away for a little while.”

Jesse Horowitz was stabbed to death in April 2014 by Larry Beach, 21, in the aftermath of a fight involving Horowitz’s friend and Beach’s cousin.

Beach, of San Antonio, was sentenced to up to 35 years in prison after pleading guilty to first-degree murder and obstruction of justice, a second-degree felony. As part of his plea deal with the state, Beach was sentenced for manslaughter but his terms will be served consecutively.

Jesse was a standout football player at Stansbury High School and viewed as a protector to other students who were subjected to bullying by other students, Darcy Horowitz said. Jesse planned to attend Dixie State University in St. George and play on the football team.