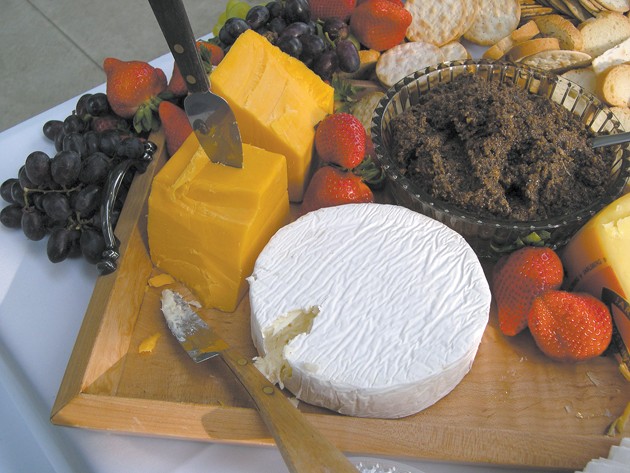 Cheese consumption is up in the U.S., but on average Americans are consuming less dairy products than ever before.

Unless you have been holed up in a cave for the past several years, you have undoubtedly seen or heard this ad campaign for milk.

You have also probably heard the jingle: “I need a milk mustache, a pretty white one on my face. Just pour a tall cold glass…”

There are even songs encouraging small children to drink milk: “I love my milk, I drink it for breakfast, that’s when I like it…”

Despite these ad campaigns and others like them, milk consumption has been going down since the 1970s in America. United States Department of Agriculture economists have been watching this trend with increasing concern but the conclusion is obvious: Milk drinking declines for every generation, and the younger generations are drinking less and less.

For example, in the late 1970s, the average American drank a cup of milk per day. Now that rate is 1/2 cup.

Thirty-nine percent of Americans reported drinking milk with breakfast in the morning during the 70s. Now only 28 percent make that same report.

In the 1970s, 22 percent reported drinking milk in the evening, and now it is 9 percent.

In the 70s, 24 percent of Americans had milk during the lunch period. The number has dropped to one-third — 8 percent.

Overall, 54 percent of Americans report that they do not drink milk at all.

The question is, why? Are other products more attractive? Is it a matter of example? Or is it because milk took a bad rap for calories in a time when people are attempting to watch their waistlines?

There is no doubt that the “cool factor” is working against milk. How often do you invite someone to come have a glass of milk with you?

Certainly there are other options for liquid consumption. You can find energy drinks, teas, bottled water, sodas of all kinds, flavored waters and more. If kids watch their parents consume everything but milk, perhaps they are more interested in other drinks.

Perhaps it is the move toward fast food consumption. People are flocking to drive-in windows in record numbers with a big increase in the breakfast crowd. Drive-in windows are not typically the place people order milk.

A great deal of research is underway to determine why the reduced interest in milk and to change the trends.

With little success, the USDA Agriculture Marketing Service has launched the “Got Milk?” campaign and others in an effort to help the dairy industry and encourage healthier nutrition patterns. They are also encouraging breakfast at home and including milk on the cereal or other options.

The dairy industry has stepped up its efforts in providing flavored milks, more colorful packaging and single serving sizes. So far, however, none of this has made much difference.

There is an increase in cheese consumption, but overall, dairy product consumption is declining and people are consuming less dairy products overall than is in the dietary recommendations for good health.

The USDA continues in its concerted effort to help people understand and consume a more balanced diet. The five food groups include fruits, vegetables, grains, protein foods and dairy. They recommend two servings a day.

There are those who do not drink milk because they are lactose intolerant, but the calcium of milk is still important. They may benefit from consuming smaller portions or using lactose-free and lower-lactose products such as lactose-free cheese, yogurt, milk and calcium-fortified soymilk. They can also use enzyme preparations – usually in the form of tablets – to lower the lactose content.

There is more mixed into that glass of milk than calcium. While you can get calcium from calcium-fortified cereals, foods, and beverages like rice or almond or orange juice, they may not provide the other nutrients found in dairy products.

Milk products you might find useful include milk in all its variations (i.e. fat free, 2 percent, etc…) and flavored milks. You can slip milk into desserts with an emphasis on milk-based desserts like ice cream, frozen yogurt, puddings and ice milks. Cheeses such as cheddar, mozzarella, Swiss and Parmesan cheeses are excellent to provide milk nutrition as are ricotta and cottage cheese and American process cheeses (not “cheese food”).

Yogurt of all kinds whether low fat, reduced fat or whole milk yogurt are excellent sources of milk products.