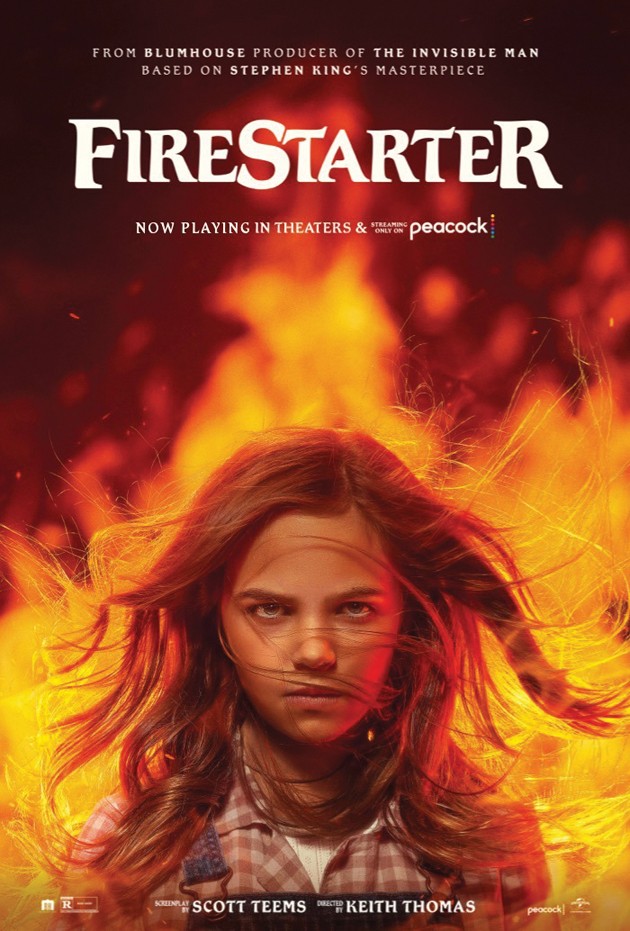 Will there ever be a writer whose work is as adaptable to the silver screen as Stephen King?

At this point, it’s like King writes his books intending them to be adapted. There have been at least 86 movies produced from his stories, and if that’s not a marker for success, then I don’t know what is.

Especially considering that within the last few years, many of his remakes are making big bucks at the box office. 2017’s “It” broke box office records for being the highest grossing R-rated film until that time. Its sequel also made huge strides, and their combined gross was well over a billion dollars globally. But what of King’s newest adaptation “Firestarter;” does it deserve the normal hype that surrounds his other releases?

The movie is a modern adaptation of King’s 1980 novel of the same name. It follows a young girl named Charlie McGee, played by Ryan Kiera Armstrong, who has pyrokinesis, or the ability to create fire with her mind. Her parents, Andy, played by the dreamy Zac Efron, and Vicky, played by Sydney Lemmon, attempt to protect her by keeping a low profile and teaching her how to subdue this power.

However, something is changing inside of Charlie, and after a recent incident in her school, she gets on the radar of secret agents looking to exploit her power, igniting a chain reaction of events.

The film is reminiscent of the classic Stephen King movies from the 80s, from the synthesized music to the provocative aspects of the cinematography; however, it appears this one is going under the radar of many King fans. I hardly heard any coverage for it in the weeks leading up to its release, and after seeing the film, I understand why.

The film isn’t special in any way. In my book, it sits near the bottom of the King adaptations I’ve seen. It is not, however, complete trash and there are a few entertaining aspects to it.

One of which is that Efron’s ability takes a toll on his body and the byproduct is that blood seeps from his eyes. For me, it was an effective image to see such a handsome hunk weep red.

The child actress, Armstrong, has a few good moments but also a few flat ones—and it’s far-fetched to have us believe she’s only 8-years-old, especially when she stands next to Efron’s 5-foot- 8-inch frame.

The pacing for the film is terrible. It changes up the sequencing of the novel but not for any justified purpose. Characters seem unphased by life altering events that happened literally moments before. But worst of all was the secret agent villains were so awful that anytime they spoke it was like listening to a grade school rendition of Beethoven’s 5th on the recorder.

It just wasn’t believable — which, I know, is a stupid thing to say of a movie about a little girl with pyrokinetic powers; but all the same, the emotional component didn’t add up.

Overall, there was a whole lot of buildup with very little payoff. I expected more from a Stephen King adaptation.

All that being said, I still had a fun time watching the movie — though probably not for the reason the filmmakers intended. And hey, if all you want out of the theater is an enjoyable time, maybe this one’s for you. If you’re looking for fine art, try a museum. I’ll give “Firestarter” a five out of 10. At least it kept me awake. Keep in mind the film is rated R for violence.