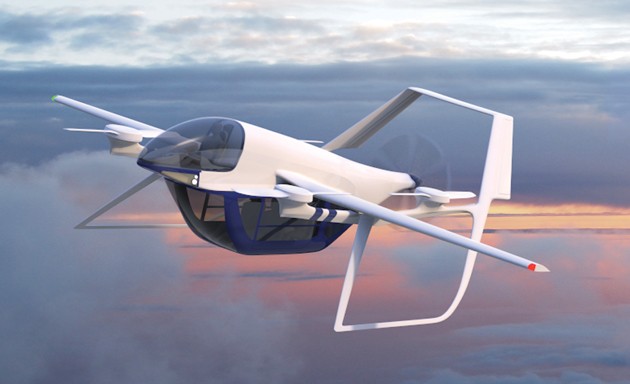 Terrafugia plans to revolutionize personal transport with its Flying Car, which will be on display at the Grand Prix of Utah at Utah Motorsports Campus from Aug. 10-12. (Photo courtesy of Terrafugia)

The high-level, exotic sports cars of the Pirelli World Challenge won’t be the only impressive pieces of machinery on display at Utah Motorsports Campus next weekend, the facility announced in a Wednesday press release.

Terrafugia, a wholly-owned subsidiary of the track’s parent company, Geely, will show off its flying car in the paddock during the Grand Prix of Utah, which will take place Aug. 10-12.

Geely, which also owns Volvo, Lotus and London Taxi Cab, is entertaining the idea of using UMC to test the Terrafugia Flying Car for eventual public use.

“The cars that will be racing in the Grand Prix of Utah represent the absolute cutting edge in current vehicular technology, so it will be fun to see the counterpoint of the Terrafugia, representing the cutting edge of the future,” UMC General Manager Willem Geyer said in a press release.

Practice and qualifying sessions for the Grand Prix of Utah will take place Aug. 10, with fans admitted free of charge that day. The schedule for Aug. 11 and 12 will include both qualifying and racing action, as well as an open paddock, driver autograph sessions, food trucks, kart rentals and more, according to a UMC press release.

For more information on the Pirelli World Challenge’s visit to UMC, visit the track’s website at www.utahmotorsportscampus.com or call (435) 277-8000.