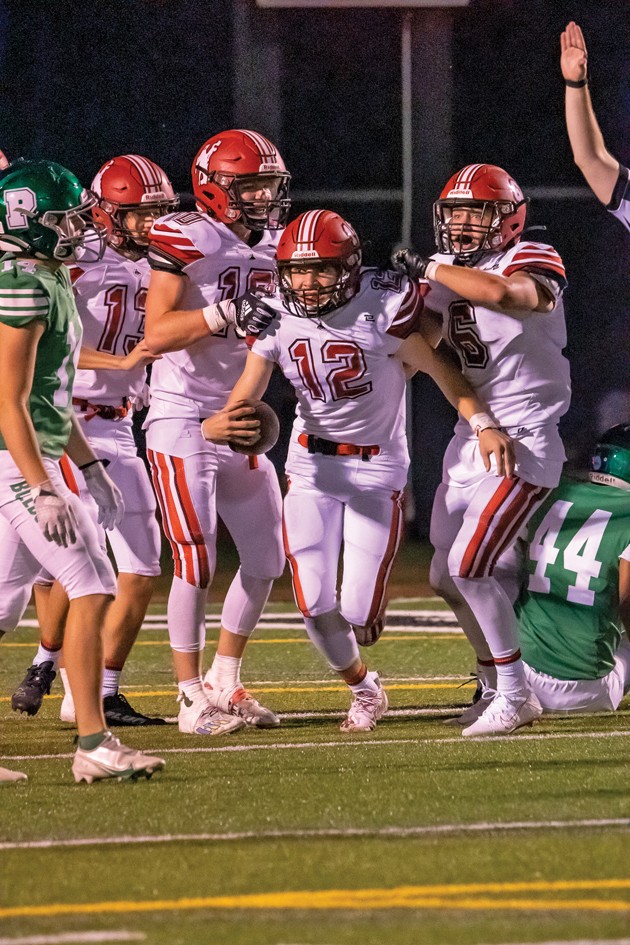 Grantsville players celebrate after Eli Mondragon intercepted a pass against Provo. The Cowboys face a tough task Friday when they host Beaver.

Fans should learn a lot about the strength of Tooele Valley high school football teams after they battle superb opponents on Friday.

MaxPreps ranks Stansbury foe Ridgeline as the top 4A team in the state and Grantsville’s opponent Beaver is ranked as the best 2A team in the state. The Stallions travel to Millville to face the RiverHawks and the Cowboys will entertain an inhospitable guest — the we-never-lose Beaver Beavers.

Rankings can be off considerably early in the season, and MaxPreps will change them each week as more games are added to their database.

Tooele will battle a worthy opponent when it makes the short trip to the other side of the Oquirrhs to face 6A Cyprus in Magna. We’ll learn a lot about the Buffaloes after this Friday’s game because we didn’t learn too much about Tooele against a 2A opponent last week. Tooele’s first-game opponent American Leadership Academy is ranked ninth out of 12 2A teams by MaxPreps.

Cyprus is ranked 25th of 26 6A teams. One can’t be fooled by that ranking, however Pirates traveled to St. George and trailed Snow Canyon 7-6 at halftime before losing 27-12. Snow Canyon is ranked fourth in 4A by MaxPreps.

It’s still early in the season, but those who pay attention to high school football throughout the state will turn their attention to Tooele County football if the three teams can score big wins Friday night.