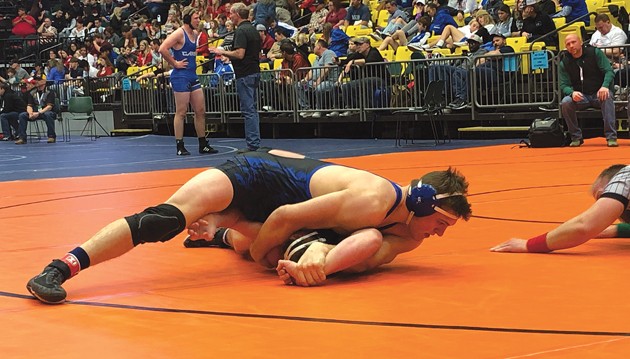 PFC Shin successfully completed 13 weeks of intensive basic training at MCRD San Diego as one of 72 recruits in Training Platoon 3222. While in recruit training, PFC Shin achieved a Meritorious promotion. Following quarantine, he will report to Camp Pendleton for one month of Military Combat Training, then Military Occupation Specialty school.

Shin, a 2020 graduate of Stansbury High School, was a standout wrestler in his two seasons with the Stallions. He finished third in Class 4A at 195 pounds as a senior, capping a season that saw him win individual titles at the Christmas Clash, AK-47 Duals and the Best of the West, in addition to being named to the Class 4A All-Star Team.