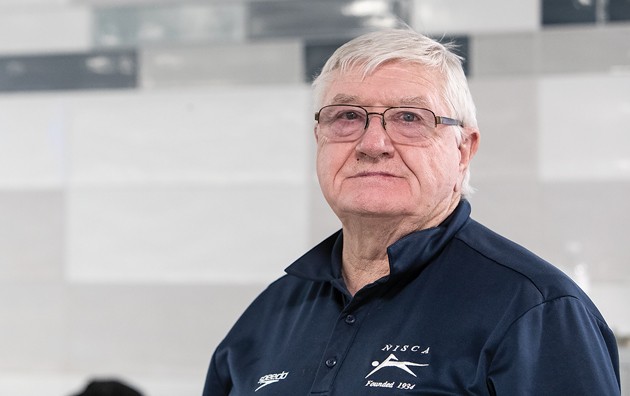 Former Tooele High swim coach Mel Roberts will be inducted into the Utah Sports Hall of Fame on Monday in Salt Lake City. Roberts coached the Buffaloes for 49 years, recording a win percentage of 78.4 percent.

Mel Roberts, who coached boys and girls swim teams at Tooele High School for 49 years, will be inducted into the Utah Sports Hall of Fame on Monday at 7 p.m.

Roberts will be honored at a banquet at Little America Hotel in Salt Lake City.

Roberts overall record as a coach was 1,012-299 for a winning percentage of 78.4 percent. His teams won 11 state championships and 43 region championships.

Tickets for the event can be purchased at utahsportshalloffame.org.

Seating will be done on a first-come, first-served basis.

Contact Dave Nordquist at 801-430-3588 with questions or concerns regarding ticket orders for the banquet.

An expanded story and photos of Roberts and his career will appear in a future issue of the Transcript Bulletin.