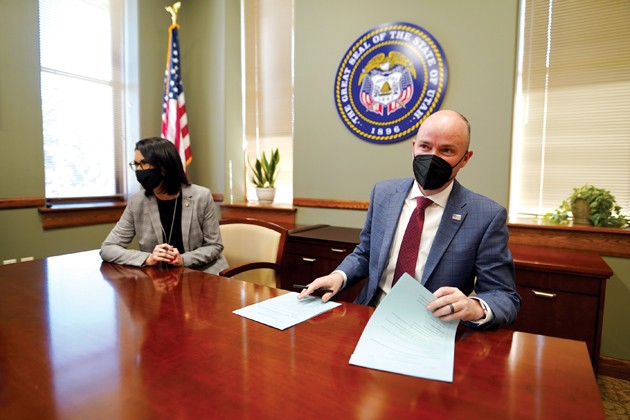 Gov. Spencer J. Cox signed four bills on Thursday, finishing out his response to legislation passed by the 2021 general session of the Utah State Legislature that ended on March 5.

Cox signed 464 pieces of legislation from the session.

SB 3 was signed with line item vetoes, according to the Governor’s office.

“Overall, I’m very pleased with the results of the 2021 Legislature,” said Cox. “Major investments including historic funding for education, broadband access and double tracking Frontrunner will benefit Utahns for generations to come. Utah is poised to emerge from this pandemic stronger than ever.”