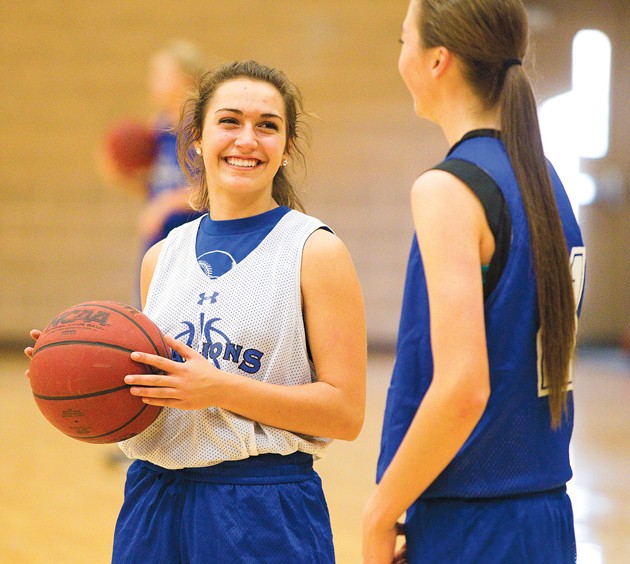 Graduation left Stansbury without leading scorer, but underclassman hard work should pay off in season ♦

The Stallions also will face tough competition in the newly-formed Region 10, with an experienced-yet-still-young Grantsville squad looking to take the next step; Tooele hoping to shake off the inconsistency and infighting that plagued it a year ago; and new additions Park City and Union hoping to bounce back from tough seasons.

But none of that seems to bother the Stallions, who finished second to Bear River in Region 11 last season.

The biggest thing that immediately jumps out when watching Stansbury is the Stallions’ energy level. The charge is led by seniors Amber Spaulding, Katy Flint and Angie Kilpack, all of whom know only one way to play the game: full speed ahead. They’ll all be called upon to fill increased roles this season, but sheer will and determination will help them get over any bumps in the road they might encounter.

Head coach Kenzie Newton seems to always get the most out of each player, and she’s got a bevy of underclassmen who fit that mold perfectly.

It would be easy to take a glance at the Stallions’ roster compared to last season and say the talent they lost may be too much to overcome. But while you can measure shooting and points per game, you can’t really measure heart and effort. And while underclassmen like Deanna Castillo and Josie Warner must now fill more prominent roles, there’s nothing that says they can’t step up their games. It’s just that as sophomores, they had to wait their turn.

Their turn begins Tuesday in the season opener against North Sanpete, a team that lost just three seniors after going 15-7 a year ago. The Stallions will be able to see where they stand against a squad that has its own hopes of being among Class 3A’s elite at the end of the season.

Sure, some of the big names are gone from a year ago, and elite 3-point shooters, point guards with excellent vision and athletic post players with the ability to hit the outside shot don’t grow on trees. But as Stansbury prepares for its seventh season since the school opened in 2009, the Stallions are hoping that the cliché of “tradition never graduates” begins to hold true as this year’s team looks to build on last season’s success.

Darren Vaughan is a veteran sports writer from Moab, Utah. While tradition doesn’t graduate, some of his teachers and college professors probably wonder how he did either. Email him at dvaughan@tooeletranscript.com.