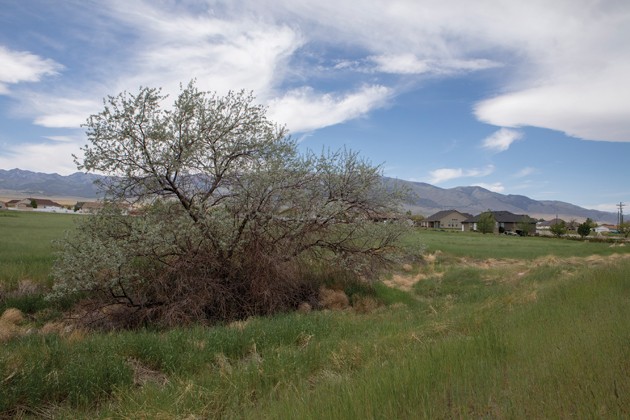 The Grantsville City Council denied a concept plan for a planned unit development on property behind 619 W. Clark St.

The Grantsville City Council denied the concept plan for a planned unit development over concerns about road widths and drainage during its Wednesday night meeting.

Marshall said there were concerns about private road widths in the development, which were listed at only 34-foot right-of-ways and widening the road would shorten driveways so vehicles wouldn’t fit.

“The whole thing is he’s got too many units jammed into too small of a piece of property,” Marshall said. “There’s not adequate parking.”

Marshall also said Dickson, who was not present for the initial discussion on the concept plan, didn’t seem willing to adjust the design to address concerns. Councilmen Scott Stice and Neil Critchlow both said it appeared the developers weren’t meeting their part of the give-and-take involved in a PUD.

The City Council unanimously denied the concept plan for the PUD, on a motion from Critchlow, seconded by Councilwoman Krista Sparks.

During a second public comment period at the Wednesday night meeting, the third-to-last agenda item, Dickson arrived at the meeting, citing traffic delays on Interstate 15. He requested a chance to address the City Council and was given five minutes.

Dickson unveiled an updated PUD, which included private roads with 42-foot right-of-ways and single-side parking. He also said driveways were extended to 20 feet. Eight of the townhomes on the north edge of the development were moved into the center of the development, switching places with a park with pavilion and parking.

The City Council expressed concerns about enforcing the single-side parking on the private roads and Dickson said the homeowner’s association would enforce parking, as Grantsville City police could not.