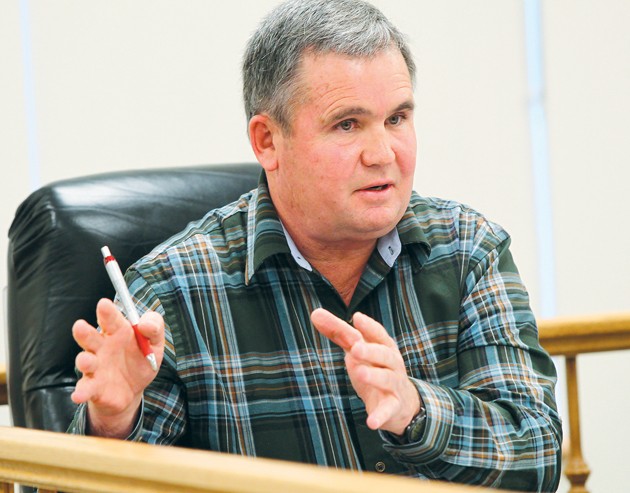 The subject of the Grantsville cemetery expansion is not dead yet.

After a lengthy discussion Wednesday night, the Grantsville City Council concluded that plans for a cemetery expansion to a portion of city-owned J. Ruben Clark Farm will proceed. However, councilmembers are willing to discuss other options until the expansion is ready for use.

Mowing, seeding and plotting will go forward on the planned expansion, which is on a small portion of land at the farm, to make it ready for potential use by fall if needed, he said. Until the land is needed for internments, he said, other options will be considered.

Although the cemetery expansion was originally green-lighted in November 2010, the issue rose from the grave earlier this spring when a community-lead group, spearheaded by Laurie Hurst, pushed to revisit the arrangement. She cited a potential loss of historical value in the farm from converting part of it to a cemetery.

The group has increased support for its cause largely through social media and word of mouth, and has circulated a petition that has reportedly gotten 500 signatures to stop the expansion plan.

City officials have countered with minutes from the original planning and zoning meeting, in which only one resident commented in the public hearing — in favor of the plan. That plan was developed both because the then-cash-strapped city had no other resources to purchase other land, and had just acquired the farm, which is across Clark Street from the cemetery.

The council’s discussion about possibly revising the issue was restricted to members of the council, and was closed to public input. However, of the dozen people who addressed the council after the agenda items, eight spoke in relation to the cemetery issue. Several voiced concerns that the roughly six months between the time of the invitation and completion of the expansion would not be enough time to secure grants or other forms of funding to preserve the farm.

Karen Watson, one resident who spoke during the public comment period, suggested the issue be placed on the ballot of the upcoming November election, as well as a bond to pay for alternative solutions, if necessary, to let residents vote on it. Watson also suggested more talks be conducted with owners of land adjacent to the existing cemetery to see if and how those properties could be obtained by the city.

“I would hope the council would try to get adjoining property,” Watson said.

Hurst also spoke during the segment, and urged the council to consider long-term future costs, both monetary and historical, rather than just what had already been spent in the past.

“We taxpayers did spend a lot of money on that farm but I have spoken to past councilmen who said, ‘Why would we have bought that if not for the historic value?’” Hurst said. “It’s important you listen to what the people have to say here. It’s five or six against 500.”