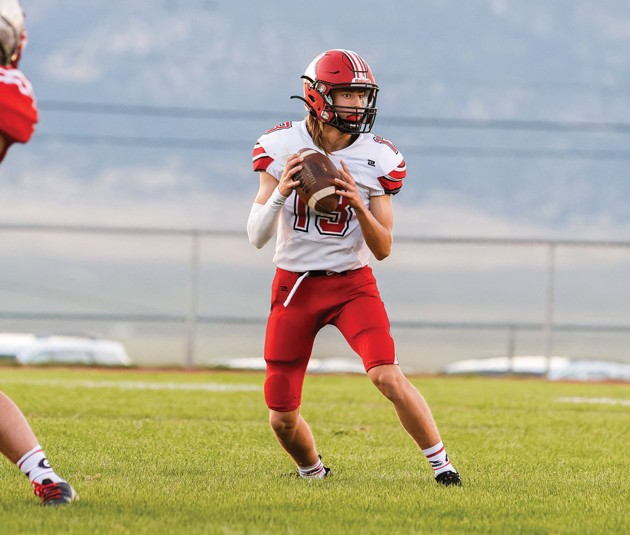 In pursuit of a second-straight state championship, the Grantsville Cowboys football team is feeling good about their chances heading into its quarterfinal game this week.

The defense of their title begins on Oct. 28, as the team faces North Sanpete on their own turf where the Cowboys went 4-0 during the regular season. Both teams met once before this year, with Grantsville coming away with a 42-6 win over the Hawks on Sept. 2 in Mt. Pleasant.

Having a bye week last week made Grantsville’s path to a second championship a little shorter, as the team only needs to win three games — instead of the four play-in teams need — to compete in the finals.

Coach Kody Byrd thinks the bye week was more beneficial to the team and is not worried about the team coming out flat, or rusty, after having nearly two weeks between games.

“We are able to get a little bit healthier and get some guys back that were a little banged up, so [the bye] was good for us in that sense,” Byrd said. “We’ve got a pretty good plan put together on what to do during a bye week.”

Friday’s tilt against the Hawks should be a closely-contested affair, as both teams are evenly matched in several categories.

North Sanpete edges out Grantsville in passing yards per game (189-171.9), but the Cowboys have the advantage in total passing touchdowns with 23 to the Hawks’ 16 on the year. Grantsville also holds the upper hand in rushing, having recorded 28 touchdowns on the ground and averaging 169 yards per game.

On the defensive side of things, the Cowboys will be a threat in the interception department, where the team picked off opposing quarterbacks 19 times this season which is three times the national average.

Stats aside, Byrd noted ahead of the North Sanpete-Ben Lomond game that either team would prove to be a worthy opponent.

“Both are very good teams. We played both of them this year, so we know they’re going to be tough and we’re going to have to play our best game,” he said.

Kickoff starts at 6 p.m. and will be held at Cowboys Stadium at Grantsville High School.