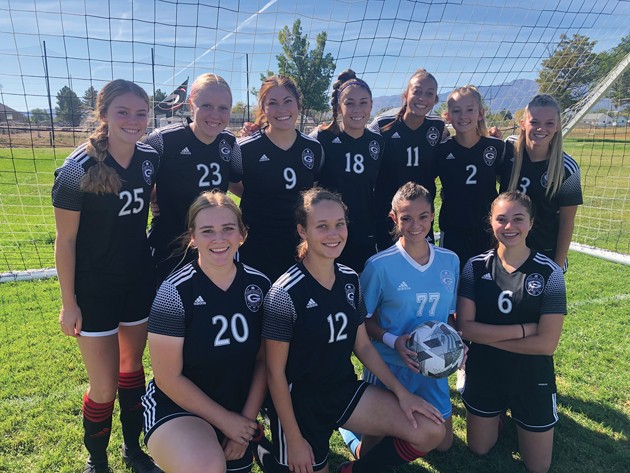 After a round one victory over South Summit last week, the Grantsville girls soccer team will face off against Carbon High on Oct. 12.

Kicking off the 2022 UHSAA Girls Soccer State Championship, the Grantsville High girls soccer team looked to take advantage of a chance at redemption after finishing toward the bottom of the 3A Region 13.

In anticipation of the first-round match against the 20th-ranked South Summit Wildcats, 13th-ranked Grantsville hoped their preparation between games would pay off. Ahead of the game, head coach Travis Lowry said the team focus was to work on playing a full game and take the game seriously over the break between games.

“The girls know that they are good, and we’re a good team, but we’ve got to be more consistent,” he said.

Prior to Saturday’s game, both teams had faced off against one another twice during the season, with Grantsville winning both matches by narrow margins.

In the first half of the game, both teams spent the first eight minutes feeling one another out and kept a back-and-forth pace from the game’s first whistle. Despite getting a couple breakaway opportunities, Grantsville was unable to get on the scoreboard first but led the way in intensity and physical play.

Then, nearly halfway through the opening period, Grantsville’s Baylee Lowder found the back of the net with a finesse kick past the Wildcats goalie. With the 1-0 lead, the team began bringing the pressure and had South Summit on its heels for a majority of the final minutes.

To further their pressure, Lowder put up another goal followed by another goal by Mckenzie Allen to put the team up 3-0 at halftime. Lowder completed the hat trick in the early stages of the second half to extend the team’s lead to 4-0.

South Summit finally got on the scoresheet after one of their forwards kicked a high-sailing kick to elude Grantsville’s goalie and bring the score to 3-1. The goal proved to be the only offense the Wildcats would put up, and Grantsville put the game out of reach with two goals to finish with a 5-1 lead.

The win sets up a road match next week, as the team faces Carbon High School in Price on Oct. 12.