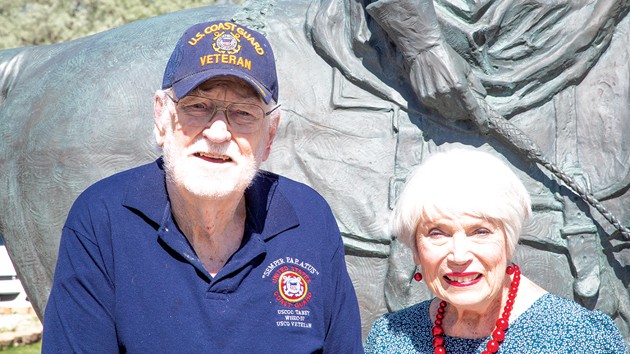 Bobbie Hutchins and Tom Stam to lead the parade ♦

Grantsville City will honor two of their long-time citizens as grand marshals for their July Fourth parade.

Bobbie Hutchins, 86 and Tom Stam, 89, were selected to be the grand marshals of Grantsville’s 2022 July Fourth parade.

Tom Stam has been involved in starting community theater many long years ago, according to Critchlow.

He has been in countless plays and musicals in Grantsville and is still sharing his talents with the community at the age of 89.

“I’m still young,” said Stam. “In Grantsville you’re not an old-timer until you’re 90.”

Bobbie Hutchins is like our town mom, Critchlow said. “She has also added a lot of value to our town.”

Hutchins shares her talent with the community, according to Critchlow.

“There’s probably not a funeral in town where she hasn’t played the organ,” Critchlow. “Both Bobbie and Tom have helped Grantsville make the town that it is.”