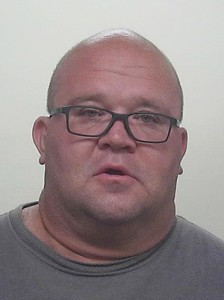 A Grantsville man is being held in the Tooele County Detention Center without bail while he awaits his first court appearance after being arrested for multiple charges of alleged incidents of child sexual abuse.

Mark A. Swan, 48, was arrested Friday after the mother of three alleged victims contacted the Grantsville City Police Department and reported that a man in their neighborhood had “inappropriately touched their children,” according to a probable cause statement filed by Grantsville police.

The alleged victims range from 7 to 13 years old.

During a forensic interview the children reported that Swan had exposed his genitals and tried to get them to touch his genitals. One of the alleged victims reported they had been raped by Swan over a period of more than four years, with the last incident occurring two days ago, according to the probable cause statement.

Since the initial report, one additional child came forward and said that Swan has “inappropriately touched his privates,” according to the probable cause statement.

Third District Court Judge Matthew Bates ordered Swan to be held without bail, finding that “… Swan would constitute a substantial danger to other persons or to the community or is likely to flee the jurisdiction of the court if released on bail.”