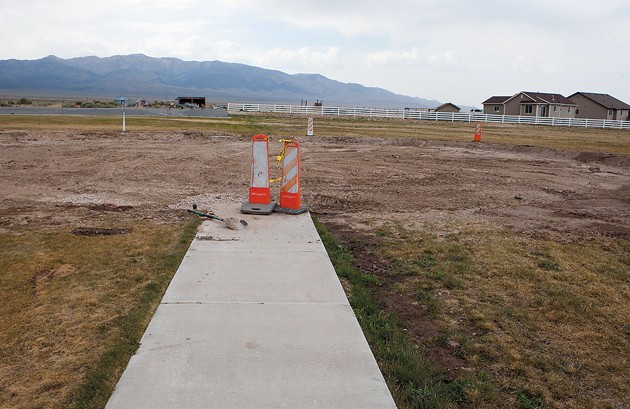 An area has been prepared for playground equipment at Hollywood Park in Grantsville.

April 23, 2015
Grantsville park to get playground and pavilion

The pre-constructed pavilion has already arrived and is waiting to be installed.

All told, the work to install the new park amenities should take about six to eight weeks, Marshall said. The new playground may be open to the public as soon as sometime in June.

“The ground has been moved out for the playground equipment,” Marshall said. “We’re going to be starting on the pavilion area in the next few days.”

A concrete border for the playground and a concrete floor for the pavilion will need to be poured, among other steps to get the newest additions to the park installed.

The latest project brings the total investment to nearly $500,000 in Hollywood Park since it was opened in 2013. Other improvements in the 11-acre park include sprinklers, trees and restrooms.