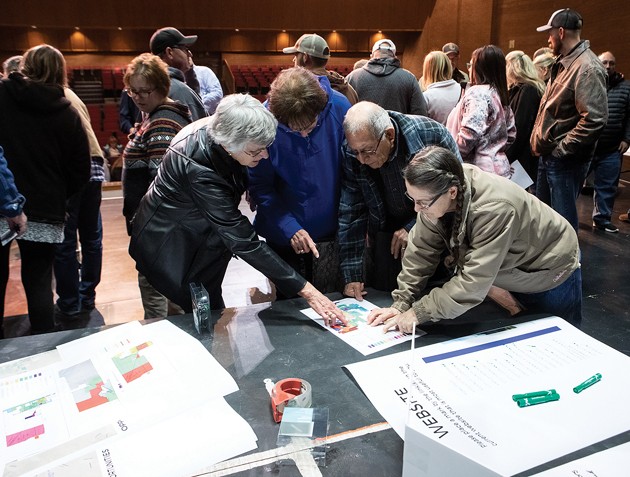 The Grantsville Planning and Zoning Commission will take more comments from the public on the city’s new General Plan at 7 p.m. Tuesday at Grantsville City Hall.

“We encourage people to come out because this is their last opportunity to stand up and be heard on what they want for the city for the next 10 years,” said Jaime Topham, planning commission chairwoman.

The last General Plan was completed in 2001.

“We could make some changes or recommendations before the plan moves on to the City Council,” she said.”

Mayor Brent Marshall said the City Council will review the General Plan during its meeting on Aug. 7.

City leaders and Rural Community Consultants of Springville have been working on the plan since July 2018, Topham said.

Sprawling residential development in the city is a major concern for residents, according to the consultants,

“Grantsville is a place that is going to grow and there is a lot of concern from residents about what that will mean,” said Mike Hansen of Rural Community Consultants.

The city has held three workshops about the plan during the past few months at Grantsville High School.

“Comments at these workshops have been very helpful,” Topham said.

“There is really not a set deadline to have the plan approved, but our contract with the consultants is about to expire and we’ve already had one extension of the deadline,” she said.

The website grantsvilleplan.org includes a draft General Plan and also a survey for residents to take to help in the process.

Councilwoman Jewel Allen said the city received a transportation and land use grant of $60,000 through the Wasatch Front Regional Council to begin the process of revamping the General Plan. The city was required to match the grant with an additional $12,000.