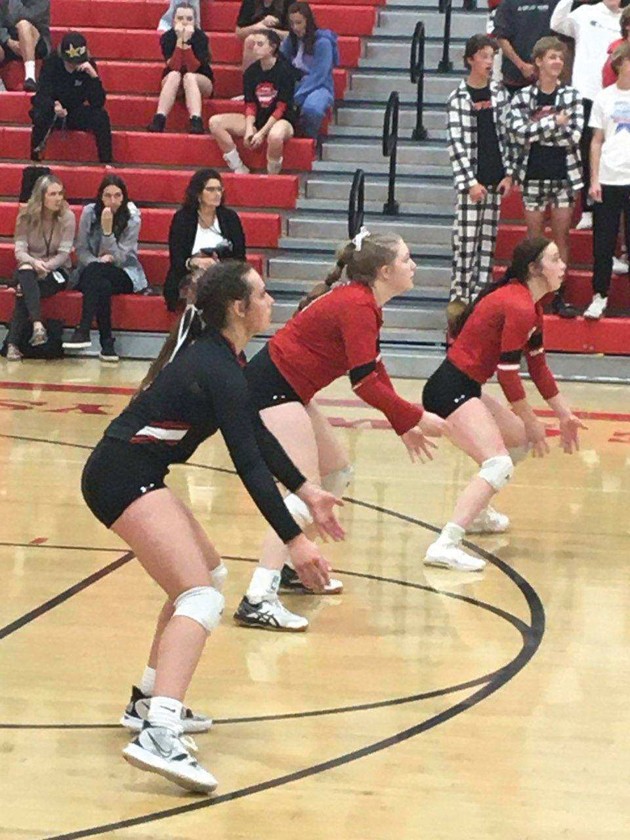 Looking to improve on their 8-3 record, the Grantsville Cowboys hosted the Delta High Rabbits during a non-region Thursday night volleyball game.

With their eight wins, the Cowboys headed into the match with the same amount of victories they earned all of last season. The early season success included victories over both cross-town rivals Tooele and Stansbury.

In the first set, Grantsville had the upper hand and led Delta by a 5-1 score. The lead wouldn’t hold, however, as the Rabbits got back into the game and went on a 10-6 run to take a 12-11 lead.

Despite the comeback by Delta, the Cowboys did not relent and regained a lead they would hold on to for the rest of the set. After the close last half, Grantsville pulled away with a 25-21 win.

The second set also turned out to be a close, back-and-forth affair, with both teams tied at 11 nearly midway through the frame. Following the tie, Delta began to pull away on the heels of a 4-0 run and never looked back. When the dust settled, the Rabbits came away with a 25-21 victory of their own to tie the match up at two sets.

Unfortunately for the Cowboys players, the remainder of the game started to slip out of their fingers. A tightly-contested third set was as close as Grantsville got to coming back into the game, with the team falling 25-20 and heading into the fourth with a 1-2 set disadvantage.

Delta thoroughly took over in the fourth set, starting out with a 6-1 lead and giving the Cowboys very little opportunities to climb back into the game. After an early timeout, Grantsville did mount a minor offensive but it was the Rabbits who scored 19 of the next 27 points to wrap up the set — and game — with a 25-9 final score to give them a 3-1 match victory.

Regional play begins next week at home for Grantsville, as the team squares up against Layton Christian Academy. The game takes place at Grantsville High School on Sept. 7 at 6:30 p.m.