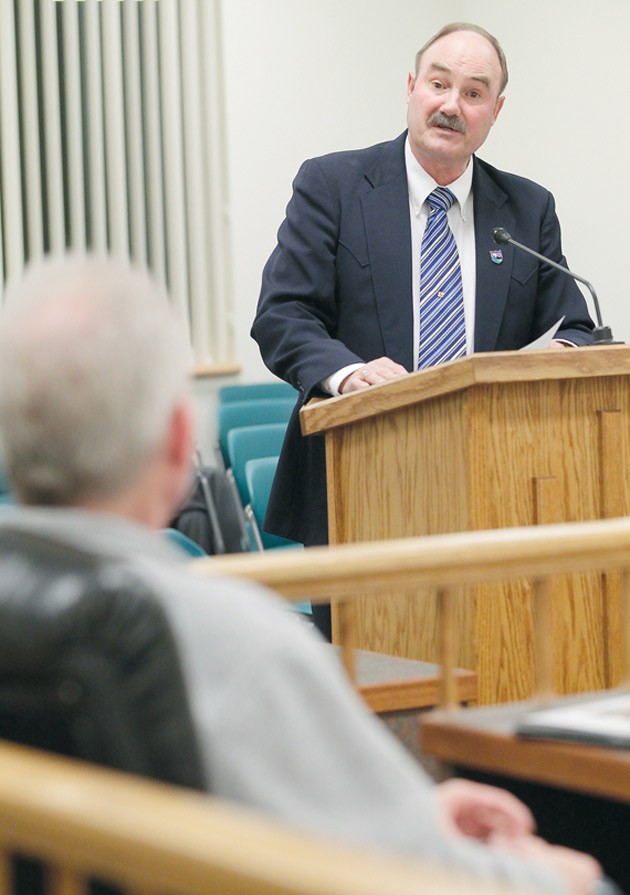 Progress, stability and tradition are at the forefront of Grantsville City’s goals for 2013 as detailed in Mayor Brent Marshall’s State of the City address given Wednesday night.

“Although we’ve walked through one of the most challenging periods in our city’s history, we’re going to do the best we can with the limited resources available to us,” said Marshall before the city council.

The mayor recapped the city’s support of a 2012 bill in the Utah State Legislature to ban the use or possession of synthetic marijuana or bath salts, and the city passed its own ordinance regarding the placement of tobacco specialty stores. Through the ban on Spice, city officials were able to close a store that sold the now-illegal substance.

Marshall also summarized success in continuing and new traditions, including the Fourth of July celebration and Christmas Light Parade, which was first held in December and is planned to become an annual event.

“Our Fourth of July celebration is second to none. Thousands of people come to the community to celebrate our nation’s birthday,” he said. “We look forward to seeing [the Christmas Light Parade] grow over time and it becoming a part of the many Grantsville traditions.”

Despite lean economic times, Marshall said the city has remained financially strong without raising taxes or laying off staff by being careful and accountable with its given resources.

“We are posed, primed and our momentum is strong. We will continue to monitor our expenses and be financially conservative to ensure we receive the best possible price for the items that we purchase and are not wasteful,” he said. “This is a very important responsibility, one not taken lightly, and is very challenging.”

Crucial to the area’s continuing economic health was the acquisition and cooperation of businesses setting up shop nearby, he said. With new businesses come new jobs and more money circulating around the community, he said, whether they move within Grantsville City limits or in a neighboring municipality.

“The city will continue to work economic development to help our economy. New businesses mean new jobs and new families,” said Marshall. “As the economy improves, companies will be willing to spend capital money on new facilities and the city is doing everything in its ability to ensure that they locate here. We will work with other governmental agencies to increase our chances of landing these new opportunities regardless of where they choose to locate in the valley.”

Within the city, too, are several goals for building and improvement this year, Marshall said. Chief among them is the completion and opening of the Grantsville City Library, which broke ground last March. The library, located next to Grantsville City Hall, is anticipated to be finished and opened to the public by early spring. He said it represents a dedication to education and investment in the city’s youth.

Other projects besides the library include work on the Mountain Vista Park; the pavement of the park-and-ride lot located on Main Street next to the cemetery; infrastructure improvements to the city’s sewer and water lines on the east side of town; completion of a cemetery expansion and street preservation projects. Marshall said planning ahead for improvements and growth was important so that changes could be proactive, not reactive.

“We want to grow by choice, not by chance,” he said. “Good things don’t happen by accident, they happen because you prepare for success.”

Marshall also thanked city employees, the city council and the planning and zoning commission for their hard work in making the city run smoothly, and his family for their support. It is only by such cooperation, he said, that success can come.

“There will be challenges ahead and difficult decisions to make, but our record shows we are up to the challenge,” he said. “I know the history we are writing together is not over. I know there will be exciting twists, some interesting characters and we won’t believe how good the ending will be.”