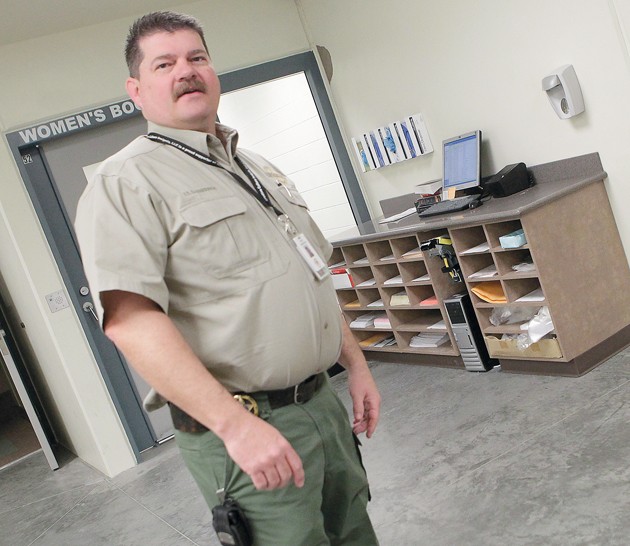 Dan Harrison has retired from his position as jail commander of the Tooele County Detention Facility.

When Dave Harrison took his first job in law enforcement, it was as a reserve officer in Midvale City. The year was 1986 and his first service weapon he was issued was revolver.

Now, 29 years later, Harrison retired as the jail commander of the Tooele County Detention Facility. During his career, Harrison, 49, gained experience in across the spectrum of police work: dispatch, patrol, courts and corrections.

“I did just about everything in law enforcement,” he said.

Harrison said he made the decision to take a job in law enforcement because he felt he could help people. While Harrison said it’s hard to receive thanks on the corrections side, he said he was glad to make a positive impact.

“Every once in a while you get a thank you or somebody calls and thanks you for the job that you’ve done,” he said. “That’s a nice feeling.”

Harrison spent seven years as a deputy with the Emery County Sheriff’s office before moving to Tooele County with the hopes of better opportunity and advancement in a larger agency.

“I still wanted the small town, small community atmosphere,” he said. “I didn’t have any desire to go to Salt Lake or Utah County; any of the big ones.”

After spending the past 15 years with the Tooele County Sheriff’s office, Harrison said working at the county jail is different than people expect. Corrections officers don’t spend all day watching inmates, he said.

“You never really stop moving,” Harrison said. “You pass out medications, meals, clothing, answer phone calls, answer questions from the inmates. You never really have the time to sit down.”

Sheriff Paul Wimmer said Harrison and his contributions to the sheriff’s office will be missed.

“He’s done a lot,” he said. “We hate to lose him, but also are excited for his opportunities.”

During his time with the sheriff’s office, Harrison was involved in the planning and development of the Tooele County Detention Facility, which was completed in 2011. The 72,000-square-foot facility cost $25 million to build and has 277 beds.

“When you have that many sinks and lights, you’re going to have issues,” Harrison said. “For the most part I think it came out pretty good.”

In his last few months on the job, Harrison experienced another major change as the other divisions of the sheriff’s department moved into office space at the jail. He said it was good to have fresh blood in office space, after the corrections staff adjusted.

“At first it was a little hectic,” Harrison said. “We were used to our quiet little area.”

Now Harrison is looking for a bit of quiet time for himself after the daily grind of a law enforcement career. He said his immediate plans are to take a break and spend time with his family.

“Eventually I will go back to work but I’m just going to take it easy for a while and just go fishing and play with my boy,” he said.

While he’s uncertain what type of work he’d like to try next, Harrison said he’ll take his time making a decision and is hoping to find a career with steady hours.

“It’s kind of hard when you’ve done law enforcement for 28, 29 years,” he said. “I’m going to be kind of selective with what I’m going to look for and have a job where I can go punch in, do my job, punch out and go home.”

Despite the challenges a law enforcement career can represent, Harrison said he has good memories.

“It’s been a good career,” he said. “There’s some aspects of it that I will miss and some people that I work with that I’ll definitely miss.”