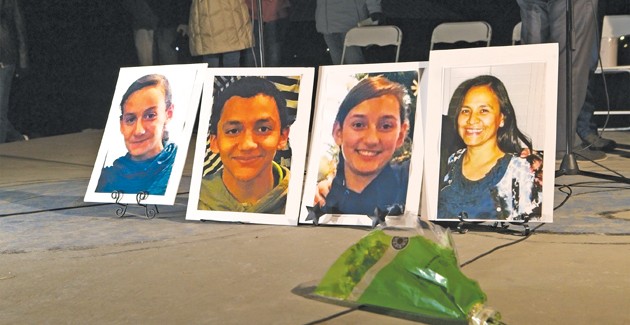 Two years ago on Jan. 17 the Tooele County community was shaken by the report of the tragic killing of four members of the Haynie family in Grantsville.

Their son, Colin Jeffery ‘CJ’ Haynie was arrested and charged with the murders. He has been held in custody for two years. Court proceedings have been held, but no trial is scheduled.

Whether the case will be resolved by a plea deal or trial is yet to be determined.

CJ Haynie’s next hearing is on Feb. 8.

“After the hearing, we should know whether this case will be going to trial or be resolved by a plea to the four aggravated murder charges,” Scott Broadhead, Tooele County Attorney said.

CJ Haynie is still being held in a juvenile facility.

“Recent changes to state law allow him to remain in a juvenile facility up to the age of 21,” Broadhead said.

Upon entering the residence, police found four deceased victims. Police cleared the home and secured it until the Utah Bureau of Forensic Services arrived to investigate the crime scene.

A third party, who went to visit the house unaware of the incident, drove CJ Haynie, who was 16 at the time, and a fifth victim, CJ Haynie’s father, to Mountain West Medical Center.

The third party is also reported to have called 911 on the way to the hospital.

CJ Haynie was taken into custody upon arriving at the hospital but refused to speak with detectives about the matter, according to Fields.

Police reported that CJ Haynie said he had just killed his family on the way to the hospital.

Colin Haynie told law enforcement officers that his son shot him in the leg when he arrived home at around 6:15 p.m.

The father was able to get the firearm away from his son but suffered a blow to the head and the gunshot to the leg.

“This is a tragedy for the family and to our entire community,” Grantsville Mayor Brent Marshall said after the incident in 2021.