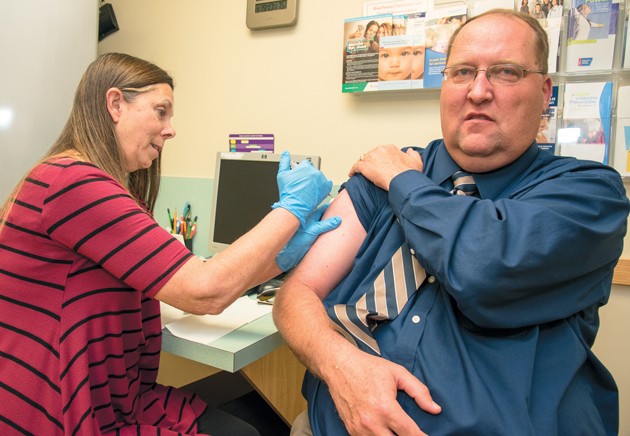 Tooele County Health Department has started offering the influenza vaccine, but this year it’s only available as a shot, an official said.

In June, the Centers for Disease Control and Prevention recommended that health departments nationwide avoid the live form of the vaccine — administered in a nasal spray — after a vaccine effectiveness study performed by the CDC indicated it had poor effectiveness, said Amy Bate, public information officer for county health department.

“There’s really nothing new as far as how the [flu] season is looking,” Bate said. “The one thing that is a change this year is we’re not going to be giving FluMist; we’re only doing injections.”

According to a news release by the Utah Department of Health, the issue with FluMist “has nothing to do with safety, only a lack of clinical effectiveness of the vaccine.”

Although the effectiveness of flu vaccines can vary from year to year, they are still the best way to prevent influenza and preventing influenza helps people avoid illness, doctor’s visits and hospitalizations, the release states.

The CDC recommends everyone 6 months old and older get vaccinated.

The best time to get a vaccination is in September, October or November, when the flu season is just beginning, Bate said.

“That way if they [people] are exposed a little later on, they’ll already have immunities built against the virus,” she said.

The Tooele County Health Department will begin visiting local schools Oct. 17 to give flu shots to students in kindergarten through 12th grade, according to Wayne Lyman, department nursing director.

For more information about the school flu clinics, including a schedule for when health department nurses will visit each school, watch for an announcement on tooelehealth.org.

“The big thing we want people to know is if they come to the health department they don’t need an appointment, we take most insurance including Medicaid, a nurse will be giving the vaccine and it will be quadrivalent,” she said.

For those with insurance, the shot is free because it’s considered preventative care. The shot costs $15 for anyone who doesn’t have insurance, but health department officials can negotiate a lower price if someone can’t afford it, she said.

“We basically want everyone to get the vaccine and we will do everything we can [to help them get it],” she said.

Even people who fear shots should make the effort to get vaccinated, Bate said.

“The benefits of protecting themselves are worth the short-term fear and discomfort that comes from getting a shot,” she said.

Flu shots are also available at some non-governmental locations, such as Birch Family Pharmacy, Walmart Supercenter and Walgreens Pharmacy in Tooele. Sometimes cheaper shots are available, but they typically only protect people against three strains of flu, Bate said.

Influenza causes illness and death in Utah every year. Influenza is not the same as “stomach flu,” and symptoms can include fever, chills, muscle aches, headache, cough, sore throat and general weakness, according to the state department of health.

There have been no cases of influenza in Tooele County so far this season, Bate said.