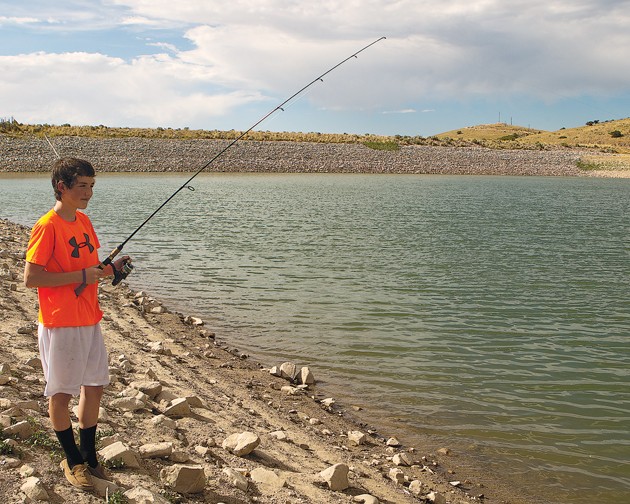 July’s scorching temperatures caused a significant drop in water levels at area reservoirs, leaving one irrigation company no option but to again tighten its valves.

“Things are not good,” said Gary Bevan, president of Settlement Canyon Irrigation Company. “In the last two weeks the reservoir has dropped two feet. At that rate we will be out of water around the end of August. The weeks before we were losing 14 inches. We could live with that, but when it jumps to 24 inches, that’s a significant drop.”

As of Monday morning, Settlement Canyon Reservoir was at 32 feet 9 inches, a level that’s three feet lower than the same date a year ago, according to Bevan.

Area 3 – Even numbered homes west of Main Street and south of Vine Street: Monday and Thursday from 7 a.m. to 9 a.m. Odd numbered homes: Tuesday and Friday from 6 p.m. to 8 p.m.

Area 4 – Even numbered homes west of Main Street and north of Vine Street: Monday and Thursday from 6 p.m. to 8 p.m. Odd numbered homes: Tuesday and Friday from 7 a.m to 9 a.m.

For agricultural use, farmers can use one sprinkler head for every two shares, and users must have at least four shares per acre. Two or more acres is considered a farm by the irrigation company.

The irrigation company began water restrictions in mid-June because the reservoir’s level was dropping quickly.

An additional wrinkle in the quest for maintaining the level of Settlement Canyon Reservoir is the continued stall of the installation of a new pipeline that will bring water down from the Sawmill Flats area — two miles up the canyon — to the reservoir.

“It’s an old pipeline that used to be in there, but got washed out during the floods of the ‘80s,” said Bevan. “We are trying to put it back in. We have the money appropriated and everything, but just keep running into problems.”

Currently, the problem revolves around easement issues that will likely keep the pipeline from being functional for at least another season.

“We are running out of time to get it in before snow flies,” Bevan said. “That water up there is just running into the ground and not to the reservoir. We were hoping to get that water all winter going right into the reservoir.”

According to the National Weather Service, 25 of 31 days in July reached 90 degrees or warmer at the Erda Airport, with 11 reaching 95 or warmer.

“There was pretty consistent heat,” said Meterologist Eric Schoening. “About a third of the month we were sitting in the upper 90s in the afternoons. It was certainly a warm month and much warmer than usual.”