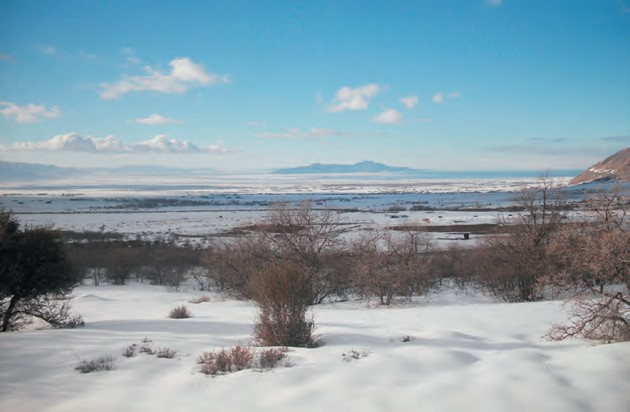 Even though they’re largely unseen during the winter, many creatures hibernate throughout Tooele County’s landscape.

When we begin to enter the colder seasons, creatures of multiple species start changing their appearance and continue to do so until it gets warmer in the spring. In Tooele, many migrate such as butterflies, bats, birds and even insects, but there is a population of creatures that stay behind adapting to the cold weather.

In our county, badgers, squirrels, skunks, raccoons, wasps, bees, flies, frogs, snakes, lizards and many more are out there hiding from the winter elements. Some of these creatures have their own fascinating aptitude for hibernating, such as wasps.

Out of the entire hive, queen wasps are the only ones that survive the winter. While hibernating in her designated shelter, which can be in sheds, trees, underneath rocks, garages, attics, undisturbed indoor materials and even an empty hive, drones and worker wasps are killed by cold or starvation. To avoid this, the queen will mate so she may produce another colony the following spring. When sheltered, she will immediately cocoon herself and wait for warmer weather. Sometimes when it warms up during the winter months, the queen wasp may awake and leave her cocoon prematurely, having to cope with the cold until spring.

Other creatures, such as ladybugs, cluster flies and garter snakes, like to group together with their own species when hibernating. Frogs, turtles and even some types of fish bury themselves underneath the mud on the bottom of ponds. Squirrels, chipmunks, skunks, badgers and raccoons hibernate partially, for every now and then these mammals will wake to eat or even go out to enjoy the day if it’s warm enough.

Addie T. Lindsay is 16 years old. She is an accomplished writer and photographer of wildlife creatures, big and small. She can be reached at CritterChatter@live.com.