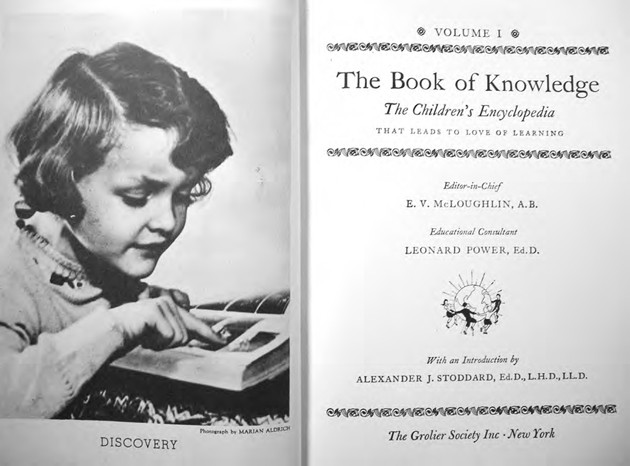 “The Book of Knowledge,” published in 1950, advised the children of that decade that in sending their love missives on Valentine’s Day, they should take care “if you follow tradition, not to sign your name and to disguise your handwriting.”

I have a penchant for old encyclopedias and similar old reference books. Don’t get me wrong — I love the convenience and instant gratification of the almost unlimited information to be found on the Internet. However, sometimes old books — even old reference books — have a charm about them that bespeaks the era they came from. They sometimes provide extra insights peculiar to their day that you can’t find just anywhere. For example the point of view of those who wrote about The Great War in the 1920s was a little different than that of the writers of World War I in the 1950s, even though the authors were writing about the same war.

As I am not wont to spend February reading about wars, I looked up St. Valentine’s Day. I found discrepancies and tidbits of interest. One rather stuffy encyclopedia of the 1960s brushed aside the holiday as a non-holiday saying that although there were several saints named Valentine, the observance of the holiday really had absolutely nothing to do with any of them. That pretty much made up the four lines they dedicated to the holiday. Evidently the authors were a bunch of stuffed shirts with much more important things to write about.

The “New Standard Encyclopedia” published in 1946 devotes a half column to the day and cites “a German authority” with a count of no less than 52 saints with the name of Valentine. One of their favorites was connected with a charitable saint who sent kindly messages to the sick and needy who he could no longer visit in his later bedridden years. The devoted German peasants often called on their St. Valentine in his aging state for relief of epilepsy.

But the stuffed shirts who wrote the stuffy encyclopedia were, in fact, right in terms of the non-holiday. We celebrate the St. Valentine’s Day in a big way with hearts, flowers, cupids and chocolates at every turn. Seeing the paraphernalia in the stores at this time of year is convincing that it is a very important observance. Nevertheless, this very visible day has never been proclaimed a holiday as such. It seems that in spite of a great deal of cynicism, we are a nation of romantics and we just cannot resist such an opportunity to look for love.

Whether or not the celebration of love came from the activities of one of the patron saints has evidently long been under dispute.

“The Book of Knowledge,” published in 1950, touted itself to be “the children’s encyclopedia that leads to the love of learning.” I can’t say whether or not their objective was a success, but the book is older than I am and I don’t personally recall ever reading such volumes just for the joy of the experience — even though we had a set in our home. The volumes are full of useful information written in a more chatty form than other fullblown references of the 50s and provided the background information for numerous young research papers.

The book states: “Two days especially dear to the hearts of children are not holidays at all but they are observed none the less, (spelling came from the book) with customs that are ancient and beloved. The first of these is Saint Valentine’s Day, February 14, which may trace its origin all the way back to an ancient Roman festival.”

“Childcraft” makes a definitely indefinite statement that St. Valentine was a good man who “lived long ago — more years than anybody can remember.” Legend has it that he helped to make a blind girl see, that he was put to death on Feb. 14 (although there is no comment on whether the two events were related) and that his church chose this day to honor him.

Wikipedia seems much more certain of the origins of the holiday as hailing from the martyrdom of three different St. Valentine’s and also the Roman festival, Lupercalia. Maybe the consortium that wrote the Wikipedia version did more research and maybe they know better. It is hard to say. But it should be verifiable that the old Roman feast of Lupercalia, the “lover’s festival” was celebrated on Feb. 15, and in 496 A.D., Pope Gelasius changed the date of the lover’s festival to Feb. 14. That would explain the connection between the death of a kindly old saint and a day for lovers.

At any rate “The Book of Knowledge” advised the children of the 50s that in sending their love missives on that day, they should take care “if you follow tradition, not to sign your name and to disguise your handwriting.” It has its charms, I suppose, to know you have a secret lover — and to wonder and dream about who it might be. It also eases the fear of rejection for shy suitors.

A volume of “Childcraft” offered yet more information on the holiday. Did you know that if you were in Denmark you might be expected to send a pressed snowdrop flower in an envelope on St. Valentine’s Day? But England, France and Canada share the U.S. custom with cards decorated with hearts and flowers.

The “New Standard Encyclopedia” didn’t mind sharing its editorial opinion of such valentines. “Some valentines are beautifully embellished and bear choice sentiments, poetical quotations and the like,” it said sentimentally. However, the book figuratively got up on its perch and looked down its nose from a lofty height as it went on, stating that “others are coarse prints, mere caricatures, unworthy of the sender.”

The customs that go with the day have certainly evolved through the centuries. “Collier’s Junior Classic,” published in 1965, states that “in England custom decrees that if a single girl walks around a certain church twelve times at midnight and says ‘I sow hempseed, hempseed I sow, he that loves me best, come after me now,’ her true valentine will appear.” That hearkens back to a set of beliefs and aspirations that seem much different than those of the modern, liberated 21st Century woman.

The book goes on to explain the simpler way to meet your true love in Sicily. Their plan is not one of staying up way past your bedtime to slog alone around and around a church in the middle of a dark, cold winter night. Instead, a young lady can enjoy her rest, get up at sunrise on St. Valentine’s Day and look through her window until she sees the first single man who walks by. She will marry him or someone like him.

Upon contemplation, the possibilities for the window peep are endless and some pretty interesting scenarios could materialize. It seems to me that peering out your window for such a monumental moment could be hazardous. You never know who you could get stuck with. A smart girl would definitely duck if the first man to appear had an awkward gait, funny hair or a flattened nose unless she had a penchant for such a guy. A smarter girl might just sleep in that morning and take her chances on seeking love another day and another way.

On the other hand, an astute young man might hang around nearby his favorite young lady’s house just to be the first in sight on Valentine’s morning. Or he might opt to just keep out of sight that day and do his own wooing in his own way. However, a love struck young man and young lady with the mindset of Romeo and Juliet might conspire for just such a meeting as a way to further convince reluctant parents that they are meant for each other.

In a 1944 reference book titled “Anniversaries and Holidays,” the author really gets into the spirit of Valentine’s Day and all other holidays. The author, Mary Hazeltine, informs us that the holiday has been observed by sending missives, especially by young people, since the 14th Century, and probably earlier. After a discussion of the Roman feat of Lupercalia “where young Romans put into a box the names of young maidens and then drew the names by chance for partners at the coming Lupercalia festival,” she includes an array of ways to make the most of the day.

You might begin with poetry from the old classic poets, followed by a party complete with a Valentine’s Day play. She also includes references to appropriate books to help with this endeavor. And don’t forget some 1940 books that describe ways to make cards, silhouettes and essays.

The books of course echo the customs and sentiments of the society of their own days as they look back upon the customs of the times before. If you are looking for a truly traditional celebration, keep in mind that comic valentines may be coarse and unworthy and be careful about looking out your windows. And have a happy Valentine’s Day.