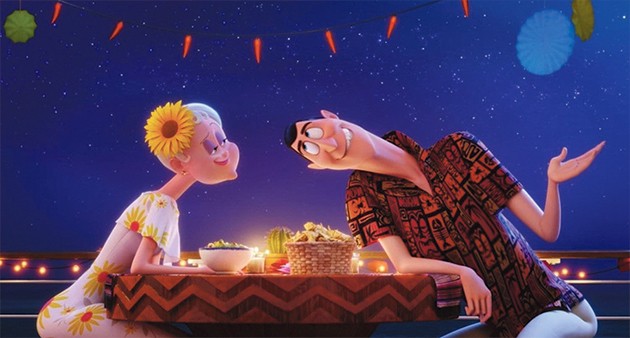 The third and hopefully final installment of the “Hotel Transylvania” trilogy was released last Friday. When I heard a third movie was being made, I was surprised to see its release date was July. Aren’t these movies supposed to be Halloween movies?

I saw the first film when I was 12. I was too old to enjoy it as a kid, and I was too young to see the movie for what it was: just a kid’s movie. I walked out of the theater thinking it was one of the worst movies I had ever seen.

“Hotel Transylvania 3 – Summer Vacation” goes more into the darker side of being a monster, most particularly being hunted. Throughout the ages, the Van Helsing family has hunted vampires, but to no avail. Vampires have skills that make them hard to catch and kill. However, the family does have an idea of how to get rid of them, and all monsters, in one easy move.

Meanwhile, Dracula (voiced by Adam Sandler) is feeling lonely running his hotel. He really wants to find a date, and the stress of it all is eating him away. Mavis (Selena Gomez), his daughter, notices how stressed he is and books a surprise cruise in order for him to relax and spend more time with his family. It is a monster cruise, so all his monster friends from the hotel will be there, including Frankenstein (Kevin James), Invisible Man (David Spade), Werewolf (Steve Buscemi), and Mummy (Keegan Michael-Key).

Dracula meets the lovely Captain Ericka Van Helsing (Kathryn Hahn), and “zings” with her. Little does he know the cruise is just another ploy by the Van Helsing family to finally get rid of the monsters once and for all.

This was definitely the weakest film of the trilogy. Frankly, I thought it was stupid. The jokes were all tasteless; I don’t remember laughing once during the movie, and I don’t think the audience did either. The message of the movie was exactly the same as the first two: We have to accept monsters even though they are different than us. The message was overused and the movie felt lazy. I never fall asleep during movies, but this one nearly had me there.

I think the purpose of the movie was to be about a young woman accepting her dad falling in love with someone else, but this aspect got so muddled, I had to dig to find it. If that aspect hadn’t been so bogged down, it could have been the movie’s saving grace.

I don’t care for the style of these movies. They try to be hip and relevant, but ultimately end up being annoying. I give  “Hotel Transylvania 3” a D+. I pray I never have to sit through another one of them.