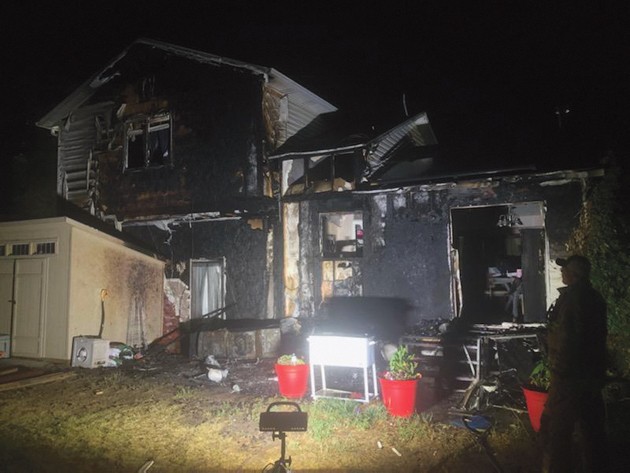 A house fire in Tooele City on Monday night caused $150,000 worth of damage.

When firefighters arrived on scene, members of the family living in the home were climbing down a ladder from a second story window.

“The family was emergency exiting the home through a second story window when crews arrived,” stated Chris Shubert with the Tooele City fire department. “Due to the wind and location of the fire, it closed off their access to get out downstairs.”

It took the family about five minutes to get out of the window upstairs from the time they called dispatch.

The fire reportedly began in the back of the house.

Twenty-seven firefighters from Tooele City Fire Department were on scene for about three  hours putting out the fire and mopping up hot spots.

Monday night’s high winds caused some issues for firefighters, but they were able to get the fire out, according to Shubert.

There were no injuries reported, he said.