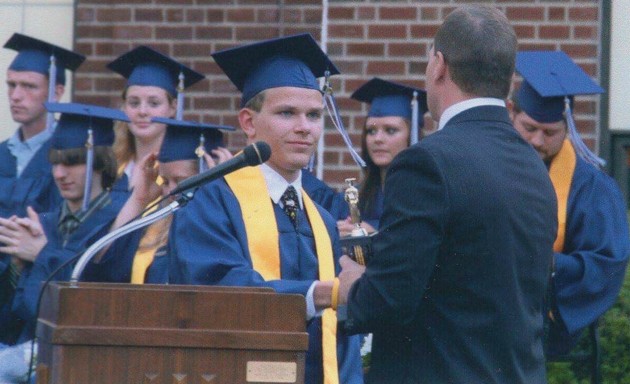 Before coming into the office on Wednesday, I took a bit of a detour from my morning routine.

My sister-in-law was in town and interested in possibly participating in a triathlon, so had asked for some pointers in the pool. I swam in high school and have always spent at least some time in the pool since then, so I was more than willing to pass along some drills I’d learned over the years to improve technique.

As I was coaching her through a series of drills, I thought about my last two years of high school, when I, in addition to my own swimming and track exploits, was the student manager on the girls swim team (boys and girls swimming are in different seasons in New York). While it was an excuse to get extra time in the pool before my season, I also fancied myself a kind of assistant coach as the actual coach would assign me to assist the girls needing extra help getting ready for competition.

While reflecting on my quasi-coaching stint, I was reminded of the fact those memories are over a decade old now. My 10 year class reunion (which I’m partially responsible for organizing) is coming up this summer.

How exactly long it’s been will certainly be on my mind next week, when I’ll be spending a few days in my hometown. Bainbridge will always be “home” to me, after spending the first 18 years of my life there, but the proportion of my life the time I spent there represents shrinks each year.

After I went off to college more than three hours away, I haven’t lived in Bainbridge. Following my freshman year of college, I stayed on campus during the summer while I worked a summer job at a brewery. Following that, I lived both on and off-campus with my now-wife, Angela.

Despite my quick separation from the town I grew up in, I still have a strong connection to the place. I always like driving the twisting, hilly road that drops you into town when arriving from western New York. It still feels like home.

What’s changed, however, is my relationship to interacting with the places in town. At this point, many of the teachers I had in school have retired, moved to other school districts or don’t teach anymore.

A visit to my old high school would likely be a jarring excursion, with so few familiar faces. A lot happens in 10 years, even in small town America.

Unlike some people, I have fond memories of high school. I did well in my classes and loved to learn and there were so many opportunities to do sports, music, art and more.

Nowadays, I’m lucky if I do anything productive when I get home from work, beside the necessary (and certainly not fun) household tasks. I wish I still had the time to focus on the myriad interests and hobbies of my youth.

Exactly how much time has passed was evident a couple months ago when I dusted off my violin and gave playing it a chance on a lazy weekend day when no one else was home. I was more than a little rusty, but could (laboriously) carry a tune.

It had been at least a few years since I’d even touched my violin at that point. I’d first started playing in kindergarten and with orchestra in high school and private lessons, I’d play several times a week at a minimum.

All of that is in the rearview mirror now, however. As with everything else tied to high school, it’s been a decade or more.

When I was looking through graduation photos to accompany this high school reflection piece, I can still name and recognize all the members of my class. It’s interesting how many I’m still friends with on Facebook and other social media, and which ones I haven’t seen nor heard from in years.

A few of those were people I was close to in high school but fell out of touch with. It’s to be expected as time goes by, but highlights the nature of years passing by — many of them were people I still remember clearly, down to conversations, jokes and experiences, which feel more recent than 10 years ago.

As my mom said, when I asked for some graduation pictures, “Time passes so quickly” — after she sent my kindergarten class photo.

All of this will be on my mind as I return to Bainbridge for a few days and as the stop-and-go planning process for a class reunion continues (which I likely won’t be able to attend.) The years have been good to me since and I don’t miss being in high school, but that doesn’t mean I’m immune to nostalgia.