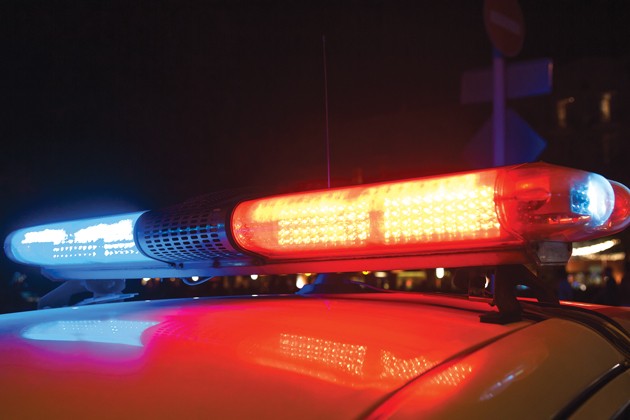 Editor’s note: This is the second in a three-part series discussing illicit drug use in Tooele County, criminality linked to drugs and treatment and recovery in the county.

Last Friday, the Utah Department of Agriculture and Food and the Utah Division of Purchasing released a list of eight permitted marijuana cultivators.

The state only issued eight of the allowed 10 licenses to “avoid an oversupply of product, while still maintaining a healthy diversity of cultivators,” according to a statement issued by the state department and division.

The licenses are the result of Utah voters approving Proposition 2 last November, which legalized medicinal marijuana.

The legalization of medicinal marijuana in Utah, as well as legal recreational use in Nevada and Colorado, shows a shift in attitudes toward marijuana by American voters. In 2019, 11 states and the District of Columbia, have legalized marijuana for recreational use.

“The Legislature did a pretty good job of outlining how the medical marijuana will be dispersed and distributed, and put together a pretty good game plan,” Wayman said. “So as far as the green leafy substance, that’s still illegal. It doesn’t change our approach with how we deal with that.”

Being stopped with a personal use of amount of marijuana doesn’t usually amount to more than a citation, according to Detective Jay with the Tooele County Drug and Gang Task Force. Jay’s real name will not be used in the article to protect his identity and ongoing investigations.

The larger cases, which do result in criminal charges, involve indoor “grows” in the cities or unincorporated Tooele County, Jay said. There are usually several busts of grow operations in the county each year, according to Wayman.

While it used to be relatively common to find marijuana grows in the county, the drug has become so readily available that most people don’t take the time to grow it, Wayman said. Marijuana coming into the county can have a variety of different points of origin, he said.

Based upon numbers provided by the Grantsville City Police Department, the number of DUI arrestees has more than doubled over the past three years. There were 47 in 2016, 61 in 2017 and 103 in 2018.

In 2018, there were more than three times as many DUI arrests for drugs as there were for alcohol.

The same trend hasn’t been observed in other jurisdictions, as the Tooele County Sheriff’s Office reported a fluctuating number of DUIs over the past three years, with a majority for alcohol.

The story is the same in Grantsville City as well, Allred said.

“If you look at the people that are stealing, why they’re stealing, nine out of 10 times its to support a habit,” he said.

Drug use is the number one factor in rising property crimes and to say otherwise would be foolish, Jay said. He said supply and demand dictate the cost of product in the narcotic trade, just like any other commodity.

“You don’t see too many people stealing $10 worth of stuff for $10. They’re doing it for a reason,” Jay said. “… The more expensive things are, the more people are going to have to steal to come with the cost for that.”

Most of the property theft and related offenses are crimes of opportunity, Wayman said. With population growth and so many people working outside the area, Tooele County is obviously a bedroom community, he said.

“People know that the vast majority of the populace works in the (Salt Lake) valley and homes are left unattended,” Wayman said. “We very frequently get calls of people prowling around houses, checking doorknobs front and back, things like that.”

Property crimes have been on the rise throughout Tooele County. In the past five years, the Tooele City Police Department reported about 1,000 property crimes, primarily thefts, each year.

The Tooele County Sheriff’s Office reported more than three time as many property crimes, including theft, larceny, burglary and robbery, between 2014 and 2015. The number jumped from 104 to 333 between the two years.

Property crimes showed more moderate fluctuations in reports from the Grantsville City Police Department. The total number of property crime offenses rose steadily between 2014 (197) and 2017 (308), before dipping in 2018 to 257.

Allred said he’s noticed property crimes seem to be more related to heroin than other drugs.

If someone is addicted to heroin and is using once or more a day, when they don’t have the money for more their body physically can’t handle not having it, said Jay.

“It’s the one drug that people physically can get sick if they don’t have it,” he said.

In addition to turning to property crime to get more of the drug, those with substance use addiction will also turn to dealing heroin or meth to support their own habit.

With less criminal penalty for possession and cheaper drugs from Mexico, less people in the United States and Utah are involved in illegal grows or production, according to Tooele County law enforcement.

“When you’re talking about meth, heroin, cocaine — any of the big three — they’re all coming from Mexico,” Jay said.

The “super labs” in Mexico produce hundreds of pounds of methamphetamine every day, which makes it more expensive, time-consuming and dangerous for Utahns to make themselves, according to Jay.

It’s too readily available and too cheap to try and make it yourself,” Wayman said. “There’s just too many avenues if you really want to procure it.”

Both Wayman and Jay said meth is one of the most prevalent drugs in Tooele County, but there hasn’t been an influx of it into the area.

“We have a lot better control on enforcement, and from that we’re resulting in higher quantities of seizures,” Jay said. “But as far as it being more available or on the rise, I don’t believe so.”

The Tooele County Drug and Gang Task Force, at about three-quarters through the previous fiscal year, had seized upwards of 140 pounds of marijuana, several kilos of heroin, about a kilo of meth and “tons of pills, according to Wayman. More than 100 investigations were opened as a result of the task forces work.