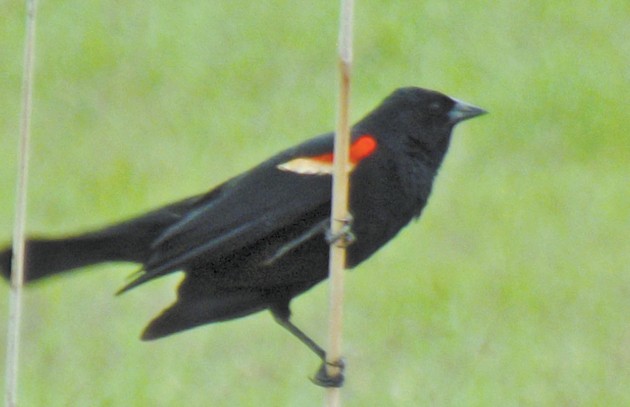 A performed behavior of many species of creatures known as courtship display, is a technique used for seducing or attracting a receptive mate from one’s own species. Using different rituals or enticing attempts, they can vary from singing, dancing, displaying, touching, emitting scents or giving nuptial gifts. In Tooele, some our county’s creatures possess this behavior, but are not commonly known. Here are a few that inhabit our area with some interesting courting behaviors.

Male crickets, depending on the species, will sing four varieties of songs and use the loudest of all their chirrups, the “calling” song, for attracting females. A more silent call, the “courting” song, is used when a male senses a nearby female. The “copulatory” song is a shorter song produced after successfully mating. Another song is a territorial warning, telling other male crickets an area is taken.

Male grasshoppers can sing, but also may emit pheromones and similar to butterflies and moths. They may display body colors or freeze in desirable positions.

Certain species of male mice will sing to females in a tone that is too high for humans to hear. Some mice however, can be heard when males sing in a low tone.

Most bird species commonly use song, but the following birds of Tooele use display as their seducer instead. Male red-winged blackbirds spread their wings and expose their vibrant red and yellow markings on their shoulders, while screaming shrill-like sounds.

Tom turkeys nearing hen turkeys will do what’s called “strutting” by fluffing out their feathers, spreading their tail, and dragging their wings on the ground.

Grebes of both the Clark and western species, do a ritualized dance known as “rushing,” taking place on water. First, both the male and female participate in synchronized movements, and then finish it with a running-like strut across the water’s surface.

Buck deer also display themselves by fighting other bucks, the strongest of the herd will mate with a readily waiting doe.

Male nursery web spiders attempt to win the approval of a female by providing them with a nuptial gift. Venturing and then wrapping an object in a silk-lined ball, which is usually prey or enclosed objects such as grass, leaves, or a twig, the male will then bring the unrevealing package for consideration. If the offer is accepted, males successfully inseminate the female while she is either eating, or just discovering the inedible gift he has provided her.

Addie T. Lindsay is 17 years old and is an accomplished writer and photographer of wildlife creatures, big and small. She can be reached at CritterChatter@Live.com