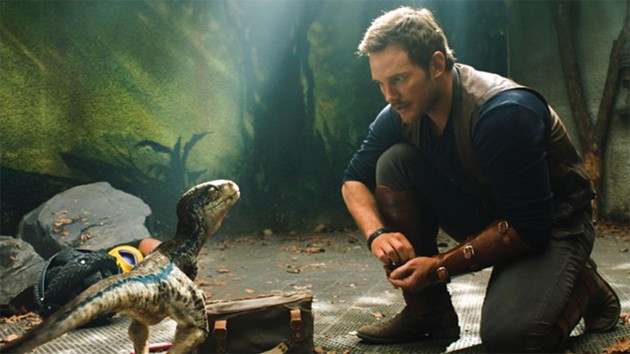 June 28, 2018
It’s about time for the Jurassic World franchise to go extinct

Normally, humans are in danger in the Jurassic movie series. However, “Jurassic World: Fallen Kingdom” breaks the mold and puts the dinosaurs in their place. Does this twist justify a sequel? According to box office numbers it does.

“Jurassic World: Fallen Kingdom” takes place three years after the events of the first movie when an erupting volcano threatens the life of all the dinosaurs on Isla Nublar. Why the park’s creators decided to put the resort at the base of an active volcano is beyond me. The fiery event produces controversy when dinosaur rights activists want the U.S. Congress to save the dinosaurs from extinction, while others say they should let nature take its course and correct human error bringing dinosaurs back. Congress sides with the latter.

The leader of the activists is Claire Dearing (Bryce Dallas Howard) who obviously didn’t learn her lesson from the first movie: dinosaurs are dangerous. She, along with two other assistants, computer savvy nerd Franklin Webb (Justice Smith) and paleo veterinarian Dr. Zia Rodriguez (Daniella Pineda), are recruited by Benjamin Lockwood (James Cromwell), one of the original founders of Jurassic Park.

Since Lockwood shares Claire’s same interests, he provides the money and resources for rescuing the dinosaurs under the supervision of his assistant Eli Mills (Rafe Spall). Eli already has people stationed at Isla Nublar who are undertaking the task, including overseer Ken Wheatley (Ted Levine).

The biggest problem of the rescue operation is how to capture the notorious velociraptor known as Blue. Because the velociraptor is the second smartest creature on Earth, he has eluded the smartest creature’s traps so far. Eli and Claire know there is only one man for the job, but are unsure about whether he will help.

Owen Grady (played by the always loveable Chris Pratt) was the velociraptor trainer on the island before the events of the last movie. Claire is reluctant to recruit him because the two have a history together. However, after an unconvincing talk between former lovers Owen and Claire, he decides to join the operation. With the crew gathered, they head off to the island.

If you check your logic before entering the theater, you might have an enjoyable time watching this movie. There was just a mess of problems: the disregard for human life by other humans, Ken’s purpose for being bad just to be bad (and his fetish for dinosaur teeth), and all the near misses and close calls just got annoying by the end. The film didn’t add anything to the glut of action movies we see today.

There are a couple of good things about this movie, though, most particularly the action sequences. The Jurassic movies are always going to be intense and frightening, and in this aspect, it did not disappoint. Since it had a large budget, the dinosaurs are convincing and the production was decent. The acting and direction weren’t bad but didn’t save the film. If an adrenaline rush every once in awhile is all you are looking for in a movie, then it might be worth your time.

Done well or not,  the film has already pulled in over $450 million in the box office from prereleases and this last weekend alone. People are going to this movie regardless if it’s good. This means we are not done with the Jurassic World movies. I’m not looking forward to the future, but I’m sure the production companies are looking forward to the big money. I think it’s about time for the Jurassic World franchise to go extinct.