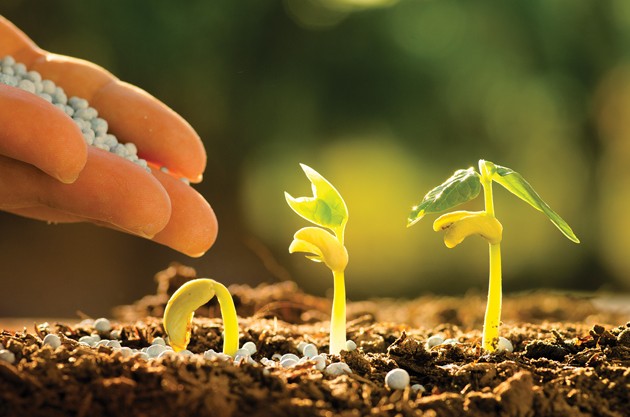 July 13, 2017
It’s hot out there, but planting seeds isn’t just for springtime

Here we are in the middle of the heat of summer. When it’s this hot, day after day, it’s easy to succumb to the illusion that it will never end.

But time marches on. Soon, the days will grow shorter and the temperatures will begin to drop. The days will come when it is appropriate to don a sweatshirt — utterly unthinkable right now.

Early, cool weather crops are done for the most part, and what is left is going to seed. Yet, some experienced gardeners have figured out ways to get low-temperature-loving plants to hang on longer by using bright shade areas (where the light is indirect, but reflected to the plants off adjacent surfaces), deep mulching (to moderate temps and keep roots cooler), and keeping the soil moist using drip irrigation and timed to run more than once a day. Even so, all good things must come to an end.

It’s the time of year when heat loving plants, such as peppers, tomatoes, squash, corn, okra, eggplant, watermelon, cantaloupe, and cucumbers are king. All of these, and more, thrive in the heat given the right amount of water and fertility.

Although I was a bit delayed this season getting my starts into the raised beds and garden this season, they are taking off now. The basil is jumping up, the pepper plants are growing rapidly, and several sizable tomatoes are developing.

Because of the high temperature of the soil, this is also a great time to rapidly germinate seeds directly in the garden plot. That means you won’t have to deal with all the finicky practices it takes to get seedlings started in the late winter or early spring.

But why would you want to do that? Isn’t gardening, at least the planting of a veggie plot, a springtime activity? For many, it is. But it doesn’t have to be that way. There are three good reasons as to why you may want to do some planting now.

First, you may have gotten a late start and you simply didn’t get your garden in. Some early morning cultivation, planting and set up of a watering system can give you some great results — if you know what items are good candidates for planting in July.

Second, doing additional plantings of your favorites can give you more fresh produce over a longer time, instead of a short burst when everything ripens in a short window. This is called succession planting, and allows a steady stream of straight-from-garden faire. This works with a variety of crops. Corn is a popular one, where two different varieties are planted to time the production of tassels and pollen weeks apart. This eliminates cross-pollination (which is not desirable with almost all hybrid corn), while giving multiple harvests of delectable corn-on-the cob.

Third, some crops can be started now, but will reach maturity in late fall and generally before killing frosts. In effect, you are getting another growing season. By doing this, you will tend to keep your growing spaces in better condition as well, including soil composition and fertility, irrigation systems, and weed suppression.

An appetite for gardening that transcends the heat of summer largely depends on your passion for fresh food, as well as making gardening as easy and convenient as you can. For me, this applies mostly to two areas.

First, watering has to be automatic and right at the plant’s roots. With the amount of drip or spot irrigation gear and the low cost for either installing a ready-made system or making your own, there is no excuse for not automating or greatly reducing manual watering. Your plants will thrive, water will be delivered right where it is needed, weeds will be reduced, and some of the repeated tasks of gardening can be eliminated.

The second area is keeping weeds in your garden space under control. That means having reasonable-sized growing areas. Many of us are guilty of planting too large of plots, which can reduce gardening enjoyment.

I’ve learned to plant reasonable-sized areas and plant what I really plan to eat. Then, my strategy is to use a good slicing hoe, once or twice a week, when the weeds are small. For our raised beds, I weed every time I go to them to harvest some basil or kale, or whatever is ready to pick. I make a game out of it and pick 25 weed sprouts each time I’m there. In minutes, I’ve tended to those beds.

Before reviewing some great choices to plant right now, let’s consider germination speed and how it’s affected by soil temperature.

Early in the season, it’s not practical to wait until the soil warms to optimum germination temperature. If you did, your first harvest would be a lot later than you’d want. So, we plant earlier, even if the total amount of seeds that will germinate will be around 70-90 percent. That’s easy to make up by simply sowing a bit more and then thinning later if needed. This is a practical approach to get the garden going faster in the spring.

However, when the soil is in the optimum temperature range, and there is adequate ongoing moisture (remember that drip system?), then the seeds will germinate much quicker.

Many favorite veggies, such as carrots, lettuce, spinach, cabbage, corn, tomatoes, cucumbers, peppers, cantaloupe, squash, watermelon, beans, okra, eggplant and pumpkins, all germinate at a higher percentage and much faster when the soil is between 70 and 95 degrees. When the soil is that warm, I’ve seen seeds sprout in three days, when in cooler times I’ve had to wait a week or two. The higher temperature has almost a magical effect on your seed starting efforts!

However, just because you can get something to germinate doesn’t mean that it’s a good choice for a July planting. So, what are some great candidates to plant right now for a fall harvest or to get another batch of your favorites?

If you’re a Brussels sprouts fan, you can sow them later in July and enjoy a harvest before winter comes on. Beets are a great candidate as well, and can be eaten before mature if you like. Pickled beets are a treat in the dead of winter, and they are great looking plants growing in your garden!

You can plant sweet corn now as well and sneak in another harvest this year. I find that late season corn that we don’t eat are a real treat for our chickens. The stalks make also spiffy fall decorations around our place.

Don’t forget beans; they can be harvested while still green, or allowed to dry and packed in mason jars for enjoyment during the cooler months.

Of course, radish will jump up in this weather, and you can get two or three harvests before it’s time to end your gardening efforts for the year. You can also start some cucumbers, and harvest them while they’re tender and green, and before the seed cavities have matured.

If you’re tempted to try a fall crop of spinach right now, it’s too early. Most spinach won’t germinate when the soil is over 75 degrees. Wait about 6 weeks before the average first freeze day to plant. We typically get our first freeze about Oct. 15, so Sept. 1 would be a good time to sneak in another crop.

Try a planting in the next week or so of these veggies, and see what you get. I bet you’ll be pleased.

The Master Gardeners are presenting a free, one-hour class at 7 p.m. on July 26 entitled, “What’s Wrong with My Plant?” Justin Wiker will cover the most common yardscape plant problems and the solutions. Wiker leads the Master Gardener’s Plant Diagnostic Clinic that is offered Wednesdays during the growing months. The class will be at the USU Extension Offices, located at 151 N. Main in Tooele. See you there!