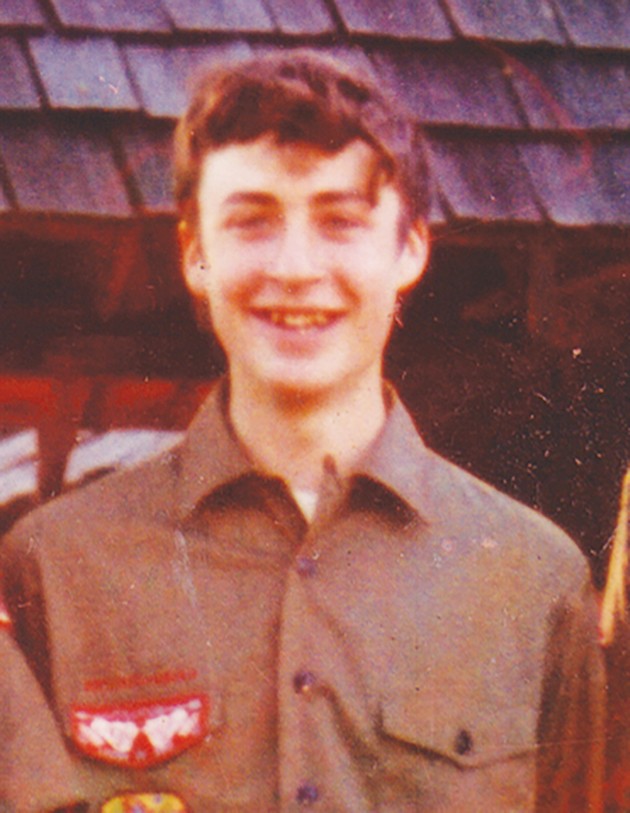 Sometimes as a journalist, I need to point out the obvious. Like when interviewing a source I sometimes need to ask a question where the answer seems obvious.

People sometimes look at me with an expression that says: “Well that’s a dumb question. Everybody knows the answer to that.”

And I reply with, “I can’t quote ‘everybody’ as a source. Could you please explain it for the record?”

The whole interaction reminds me of my first job, back when I was 16 years old.

My first paying job — other than mowing my father and step-mother’s lawn — was working as the Dining Hall Steward at Camp Thunderbird.

Thunderbird is a Boy Scout camp on the beautiful shores of Summit Lake nestled in the crest of Black Hills Pass, 22 miles northwest of Olympia, Washington, on the way to Aberdeen and the Pacific ocean beaches.

I think I made $10 a week for four weeks that first summer of work.

I’m not complaining. It was absolutely fun. I worked with some awesome people.

I must have enjoyed it. I went on to work at Camp Thunderbird for 20 consecutive summers, with one two-summer sabbatical.

We served three meals a day, six days a week, for around 150 people. Those meals were served in our dining hall, not a mess hall. We served food, not messes.

I got up early in the morning to beat the cook to the kitchen so I could put on a fresh pot of coffee for her, because one morning I found her warming up a saucepan of coffee left in the pot from the night before.

After each meal I took the cook’s record of the food she used to prepare the meal and calculate the cost of each meal. I could tell you how much each meal cost — both total cost and per meal served.

Also, every week I took inventory of the food on hand. I took the cost of the beginning inventory, added the cost of any inventory received during the week and subtract from that the value of the ending inventory for the week. That value — food cost per week — went on a report along with my daily physical count of meals served to the camp director.

This was before computers and Excel spreadsheets. It was before hand held calculators. All my figuring was done by hand — remember long division? I did have a hand cranked adding machine at my disposal.

I worked with the cook to order food and substitute items on the menu when needed.

Our meals were served family style at around 20 tables of 8 people each. Ideally, at each table sat one patrol of Scouts, with at least one leader or one staff member as a guest.

Each patrol sent one one Scout to the dining hall around 15 minutes before the meal. They served as the waiter for their table.

That’s where the maître d’ responsibilities fit. My job was to train and supervise the waiters, before, during and after each meal.

The waiters would set the table, serve the food, retrieve second servings and dessert when available, and stay after the meal to clear the table.

Each waiter served for three meals, starting with dinner.

As the waiters arrived, I gave them instructions on how to set the tables, complete with a chart showing where the plate, cup, napkin, knife, fork, and spoon went on the table.

Obvious to some, others had no clue.

In the short quiet interlude between the tables being set and the waiters lining up to get the hot food from the kitchen window, I had them all sit down as I explained the after-meal clean up process.

Trying to get their attention in the noisy dining hall after the meal was impossible. Explaining the clean up procedures to them when they arrived, along with the set-up procedure, proved to be too much for them to remember.

The quiet moment, while troops lined up in the field outside the dining hall for the flag ceremony, was an efficient use of time.

I would stand on the large hearth of the 8-foot tall fireplace and deliver my well rehearsed speech. After all, I did repeat it once a day for four weeks, and worked as Dining Hall Steward in 1974 as well, so the speech just kept getting better.

Part of the directions included sorting silverware as they dropped it into three different trays.

However, our kitchen staff kept complaining that the silverware wasn’t being sorted properly. Knives ended up with forks. Forks were cohorting with spoons. Spoons were found mingling with knives.There were all sorts of miss matched combinations.

Seems like a small problem, but behind the scenes in the kitchen it was havoc as two people had to sort 600 pieces of silverware three times a day.

To help out I beefed up my speech to emphasize the sorting. I tried to use humor to drive home the importance of proper eating utensil sorting.

Using a bit of direct instruction technique, I would ask, “What is this?”

And I would wait for a response in unison, “It is a knife.”

“And it goes here,” as I dropped it in the tray marked “knives.”

I would repeat the same procedure with forks and spoons.

Little did I know that the rest of the staff, lined up outside the dining hall front door at the bottom of a short hill, could hear every word of my “This is a knife” speech.

That was until years later, when a staff member, who had heard my knife lecture for several years as a young staff member as he gathered at the flagpole, had the opportunity to serve as the Dining Hall Steward.

After a few meals he came to me and said, “I could hear your ‘this a knife speech’ along with the rest of the staff very clearly for years and I always thought it was belittling and demeaning — until now. Now I know that they don’t know the difference between a knife, fork and spoon.”

Embarrassed at the thought of my humor being mistaken for abusive dark sarcasm — and not knowing that everybody was listening — I felt a little vindicated that he too, by experience, learned that sometimes you need to point out the obvious.

Transcript Bulletin Editor Tim Gillie spent 20 years as a district executive and camp director for the Boy Scouts of America in Washington state and Utah before embarking on a journey as a community journalist. He earned his way through college as a residence hall staff member during the school year and at a Boy Scout camp during the summer, including head cook for Cub Scout resident camp in the same kitchen he worked in as a youth. His children never went hungry when he cooked, because he only knows how to cook for 100 people at a time. You can reach out to him with comments at tgillie@tooeletranscript.com.