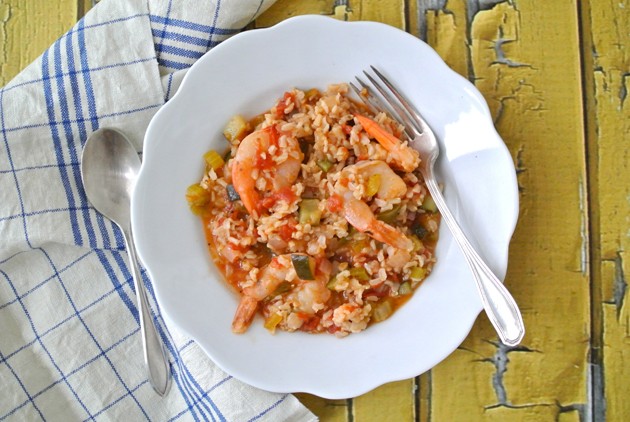 “Jambalaya (On The Bayou),” the title of the toe-tapping Hank Williams song, is also the name of the one-pot Louisiana dish that’s hard to stop eating. The recipe, a Cajun spin on Spanish paella, is exactly right for Mardi Gras feasting. Traditionally made with a trio of vegetables—celery, onion and green pepper—jambalaya invites many variations. With tomatoes, it’s called red jambalaya, and without, it’s brown. Rice is always the main ingredient. The word, “jambalaya” comes from jambon, French for “ham” that’s sometimes added to the recipe, and yaya, West African for “rice.” Together they make the bouncy jambalaya that rolled off Williams’s tongue when he sang, “Son of a gun, we’ll have big fun on the bayou.”

—Recipe by Jean Kressy, a food writer in Ashburnham, Mass.