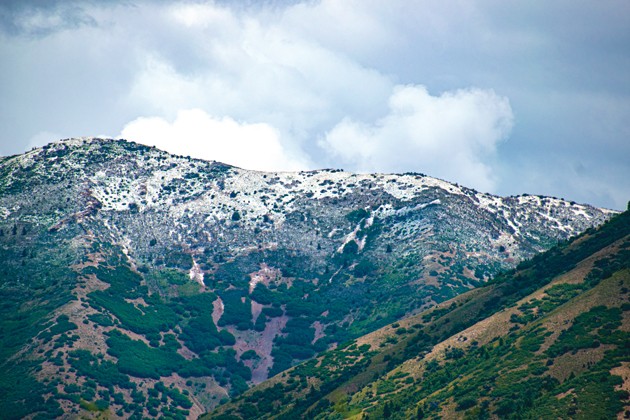 A late June snowstorm leaves a trace of snow on the Oquirhh Mountains on June 29, 2020.

The storms provided some respite, but precipitation for the water year is at 69% of average in Tooele Valley, according to the July 1 Climate and Water Report published by the Natural Resources Conservation Service. The 69% measurement is the lowest of 15 areas in Utah where precipitation numbers are recorded by NRCS.

According to the U.S. Drought Monitor map published Thursday, Tooele Valley is in a state of severe drought.