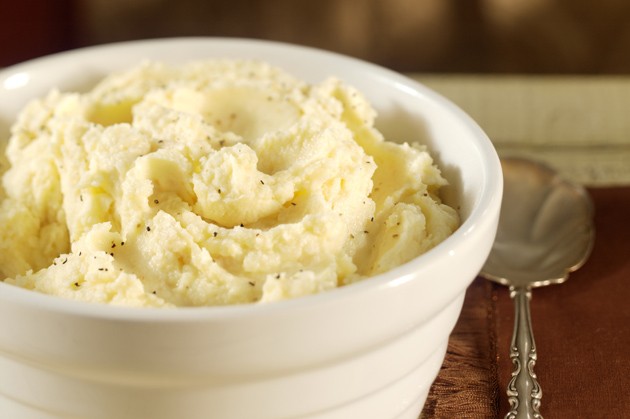 Also known as celery root or knob celery, celeriac (seh-LER-ee-ak) is a spherical root with rough brown skin, a dense, cream-colored interior, and thin curly shoots that make it look like it’s having a bad hair day. It tastes like a cross between celery and parsley, with a subtle tang.

Celery and celeriac are terrific examples of the gifts bestowed by early agriculture. Both are cultivated from wild celery, which grows throughout most of Europe and temperate parts of Asia. Homer mentions wild celery in the Odyssey, and for centuries it was prized for medicinal purposes. It was also used in cooking, but since wild celery has a relatively strong flavor, cooks used it as a seasoning rather than a vegetable.

But sometime around the 16th century, farmers began transforming wild celery into two distinctly different plants. Some growers packed earth around emerging shoots, causing the stems to become paler and thicker, eventually producing the familiar stalks we now know as celery. Meanwhile, other farmers took greater interest in the subterranean portion of the plant. They cultivated varieties with thicker roots and eventually developed the vegetable now known as celeriac.

Celeriac can be peeled then grated or julienned for salads. It’s a great addition to soups, stews and braises. And it’s delicious in purees, either on its own or mixed with other root vegetables.  For a tasty twist on mashed potatoes perfect for serving with roast beef or turkey, boil celeriac along with Yukon golds and mash them up together.

If you’re pressed for oven space, make these potatoes ahead and reheat in a slow cooker on the counter. These rich mashed potatoes are for special occasions.

1. Place potatoes and celery root in a large pot; cover with water. Bring to a boil, reduce heat, and simmer 20 minutes or until tender. Drain, reserving 1 cup of water.
2. Add butter and reserved cooking water to potatoes and mash. Add sour cream, mascarpone, salt and pepper and stir well. Serves 8.