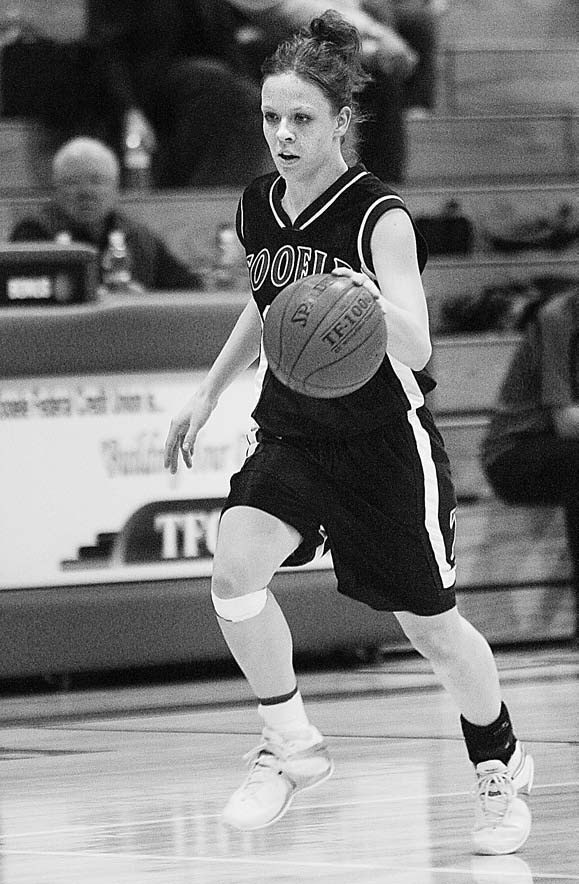 Tooele knew it could ill afford to spot a good team like Bear River an early edge and expect to post a key league triumph.

But early shooting woes allowed the Lady Bears to do just that and the Lady Buffs paid a dear price for their slow start.

Bear River raced to an 11-point cushion at intermission and cruised to a 55-43 triumph over their hosts Feb. 3 in Tooele.

Josie Pugsley poured in a season high 14 and Jessica Fronk tossed in 11 to pave the way for the Lady Bears league triumph. Taren Lish and Erica Park also contributed nine each for the victors.

Elva Banford fired in a game high 19 and Meredith Nigh tossed in nine. Sam Thomas also hit for six and Megan Dunn netted five for the hosts.

The Lady Buffs nearly pulled off an upset in the team’s season finale Thursday.

Tooele rallied back from an 11-0 deficit after one period to register a 15-5 burst in the second and 15-12 assault in the fourth quarter to force overtime against Ogden.

However, the Lady Tigers countered with a 12-1 barrage in the extra session to spoil the Lady Buffs comeback bid and Ogden recorded a 48-37 win last Thursday in Tooele.

The three league setbacks give Tooele an overall mark of 5-14 for the season and 2-8 in league action to date. The losses also eliminated the Lady Buffs from any post-season contention.

Tooele Coach Karie Fredrickson said the Lady Buffs performed better than the first time when the two rivals, Tooele and Bear River met, but the sluggish start led to the team’s demise in the affair.

“We did all right,” she said. “It was better than the first time we played them. If we would have played the first-half like we did the second-half it would have been a much better game and we would have been in the game to the end. We didn’t come out ready to play. It was a tough game for us. Now we have to get ready for Grantsville and see if we can pull off the upset.”

The Lady Bears outscored the Lady Buffs 8-2 in the opening session and 17-12 in the second and never looked back in a league triumph last Thursday at Tooele.

Jessica Peterson and Jessica Fronk drilled a field goal each and Ashlee Woerner buried a pair of free throws to help stake the visitors to an 8-2 lead after eight minutes expired. Taren Lish and Jessica Nicholas also chipped in with a free throw each as well.

Amy Petersen canned a pair of charity tosses for the lone points of the first frame for the Lady Buffs.

Bear River tacked on a 17-12 assault in the second stanza to seize a 25-14 halftime lead at the break. Pugsley ripped the nets for eight points in the pivotal period, including three field goals, while Fronk chipped in with five points as well. Lish contributed a basket and Park drilled a pair of free throws to stake the visiting Lady Bears to a double digit intermission lead.

Banford paved the way for the Lady Buffs with seven points in the frame and Dunn flipped in three points as well. Thomas buried a pair of charity tosses to complete the scoring and keep the hosts within striking distance.

The Lady Bears outscored the Lady buffs just 17-16 in the third period to extend the margin to 42- 30 with eight minutes remaining in the affair. Park ignited the attack with five points and Pugsley buried a pair of field goals.

Banford triggered the Lady Buff offense with 10 points and Nigh fired in five points, also hitting a 3- point bomb along the way. Thomas also added a free throw as well.

Both teams produced 13 points each in the final frame of the game. Nigh spearheaded the Tooele attack down the stretch with a pair of baskets and Thomas hit for three points as well. Petersen, Banford and Dunn also contributed a field goal each as well.

Lish led the way for Bear River with six points while Park, Pugsley and Fronk netted a basket each for the victors.