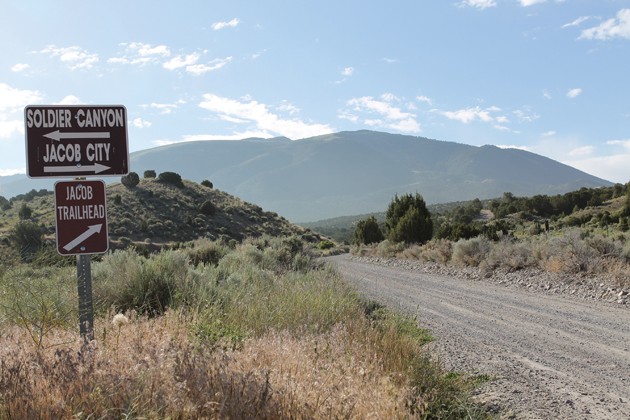 Landowners have notified Tooele County that they will close the Jacob City Loop trail for 24 hours this week.

Landowners along two trails in the Ophir Canyon area have notified Tooele County that they will close the trails on their property for a 24-hour period this week.

The Ophir Canyon Seven Mile Loop Trail will be closed at the turnoff to South Fork, at the south end of Box Springs, at the overlook turnoff, and near the beginning of Silverado Canyon up from state Route 73.

All the closures will be from 8 p.m on Sept. 11 to 8 p.m. on Sept. 12, according to a letter from the property owners that was faxed to Tooele County on Saturday.

By closing the trails for 24 hours the landowners are “simply seeking to protect their private property rights,” according to a statement from an attorney representing the Leo Ault family.

The statement continues, “On August 20th, 2019, Tooele County admitted that none of these trails had been officially claimed under any state or federal statute. Further, Tooele County has never classified these roads as county roads in any capacity, even as county access roads. Tooele County has never maintained these trails. State law requires that trails on private land be shut down for a 24-hour period so that private landowners can maintain their property rights. In order to protect private landowner rights, the owners of the land over which the trails pass will temporarily close those portions of the trail for 24 hours.”

The attorney’s statement goes on to say that the private landowners courtesy of allowing limited public access has “been repaid with the destruction of their property: trash on their property, vandalism of their personal property, destruction of wildlife and vegetation, and the creation of new trails off the trail which scars last for years. … In addition to the vandalism and waste of the land, safety issues have arisen. Some vandals have cut grates that have shut off dangerous mining shafts and created trails where ATVs and UTVs have rolled resulting in severe bodily injury and even death.”

“There are state laws that prohibit the closing of public roads,” he said. “The Tooele County Commission will enforce those laws in an appropriate way.”