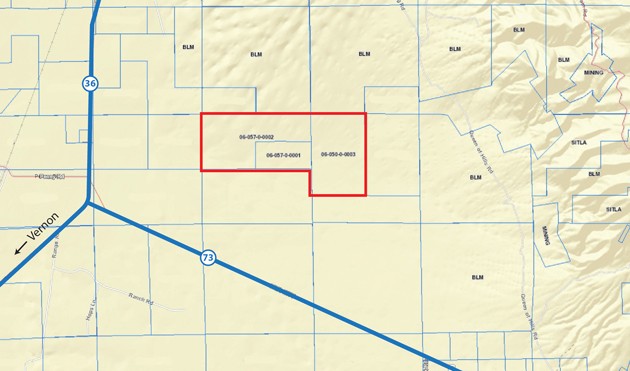 An international green energy company wants to build a large-scale solar power project south of Stockton  in the area northeast of the intersection of state Routes 36 and 73.

The Tooele County Planning Commission approved a favorable recommendation to rezone 560 acres about 1.25 miles east of state Route 36 and roughly between 1.25 and 1.5 miles north of state Route 73 from multiple use with 40 acre lot sizes to manufacturing distribution.

Stuart Coles, a project representative with the energy company Juwi, made the request so Juwi can build a 41.5 megawatt solar power facility on the site.

Along with the rezone, Juwi also requested a vacation of the portion of Winter Elk Road, an unmaintained prescriptive use road, that runs through the project area.

There is a prescriptive public road on Bureau of Land Management land to the north of Juwi’s property that provides the same access as Winter Elk Road.

If the rezone is approved, Juwi will build a 41.5 megawatt power solar project on 445 acres of the property. The project area will be fenced.

The project life is expected to be around 30 years. During the first year, Coles estimated the project will pay $780,000 in property taxes.

Juwi is an international company specializing in green-energy projects such as solar and wind. They are based in Germany with subsidiaries in 12 other countries. Their U.S. subsidiary is headquartered in Boulder, Colorado.

In January 2020, Juwi announced four Colorado solar projects in conjunction with Tri-State Generation and Transmission Association which will produce 500 megawatts of power.

The Tooele County Planning Commission voted 4-1 to send a favorable recommendation for the rezone request to the County Commission.

Planning Commissioner John Wright voted against the rezone, stating that the location is not appropriate for this type of facility.

The County Commission will make the final decision on the rezone and road vacation request in a future meeting.