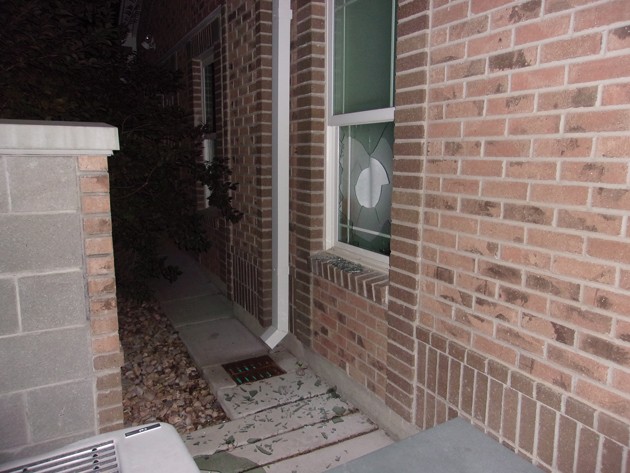 A window was broken by vandals over the weekend at a Church of Jesus Christ of Ladder-day Saints on Porter Way in Stansbury Park. Three windows were broken. (Courtesy of Tooele County Sheriff's Office)

Three windows and an electronic door panel were damaged by vandals at The Church of Jesus Christ of Latter-day Saints building in Stansbury Park last Thursday.

While three windows were broken, no entry was forced into the building, according to Tooele County Chief Deputy Sheriff Brian White. Nothing was reported missing from inside the building in any of the rooms with broken windows.

The damage occurred along the east side of the building, behind a brick wall that conceals the air conditioning units.

At this point, investigators with the sheriff’s office believe the damage was likely caused by juveniles, White said. The vandals are still unidentified and there were no residential cameras in the area of the church building.

Anyone with information about damage to the church can contact Tooele County Dispatch at 435-882-5600.