September 30, 2014
Local man suffers severe burns after lye is sprayed into his face 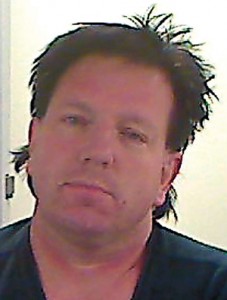 A Tooele man has been arrested and charged for allegedly throwing lye onto another man for damaging his wife’s vehicle.

According to a probable cause statement, police responded to a house near Northlake Elementary on Sept. 7 where they found a 22-year-old man trying to wash something off of his face and upper chest.

The man told officers he had answered a knock at the door and was sprayed by something he thought might have been pepper spray. He did not remember the name of the person who had sprayed it, but said the man used to drive a white Dodge Durango and he could identify him if he saw him again, according to the statement.

Part of the man’s face and upper chest were red, some of his hair was falling out and one of his eyes was white.

The man was transported by medical helicopter, where medical personnel found the man had been sprayed with lye, according to the statement.

Lye is a caustic chemical used in drain cleaner that can cause severe burns to flesh. According to the probable cause statement, when detectives returned to the man’s home, they found the lye had begun to eat away at the paint on the door and brass finish on the doorknob.

The man had first- and second-degree burns on his face, scalp and neck, according to the statement, and lost vision in his left eye, perhaps permanently.

Later that week, officers showed the victim a photo lineup compiled from their investigation and he identified Richard Gilmore, 42, as allegedly responsible for the attack, according to the statement.

On Sept. 25, Gilmore was arrested and interviewed by detectives from the Tooele City Police Department, where according to the statement he told investigators he had sprayed the 22-year-old man with lye for “disrespecting” his and his wife’s property.

Capt. Paul Wimmer of the Tooele City Police Department said the delay between the attack, photo array and arrest was due to detectives trying to make sure their investigation was solid before making an arrest and ruling out other suspects.

Wimmer said the property Gilmore referred to during the interview with officers was the Durango, which the victim and another man had driven while Gilmore was in the Tooele County Detention Center on another charge. The vehicle had apparently sustained significant damage while in their possession.

“It’s our understanding that while Mr. Gilmore was being incarcerated, [the victim] and another gentleman had possession of his Durango and were abusive to it, and according to him [Gilmore], the motivation of the attack was they had damaged his vehicle,” Wimmer said.

According to jail records, Gilmore was in jail from Aug. 25 to Sept. 3 after being arrested on a warrant for speeding and driving on a suspended license.