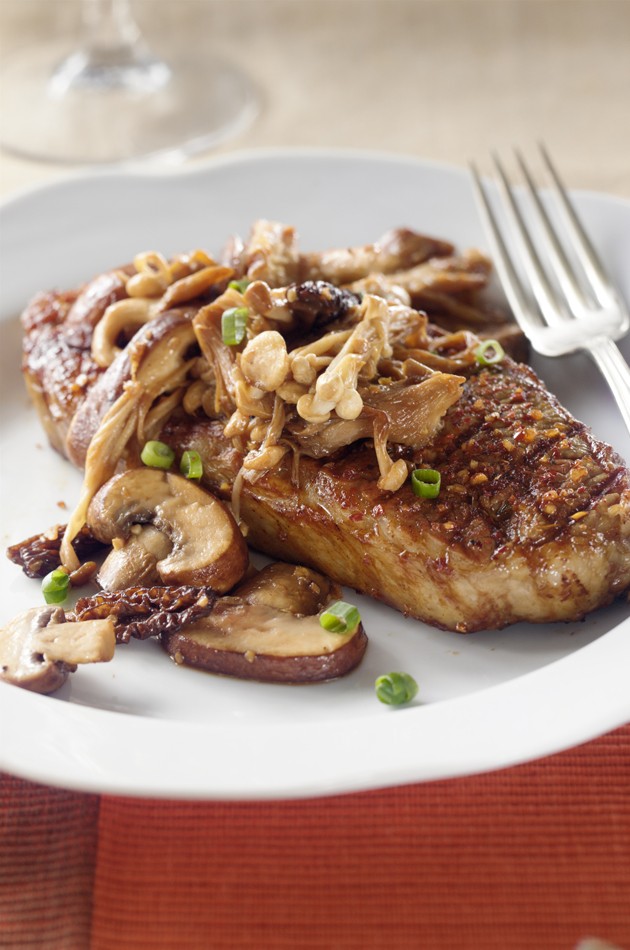 It’s difficult to imagine a foodstuff more shrouded in mystery than mushrooms. The phrase “to mushroom” is apt: Mushrooms seem to spring up overnight, seemingly out of nowhere.

This ethereal quality is compounded by other peculiarities of the literally thousands of edible fungi: Mushrooms appear to have no roots. Many grow in rings. Some contain enough phosphorus to glow in the dark. Add the fact that certain species are deadly toxic and others cause wild hallucinations, and it’s no wonder people long regarded them as “other-worldly.” Egyptian Pharaohs declared them sacred and strictly off-limits to anyone but themselves. Ancient Romans also considered them food for the gods but, being the more democratic sort, allowed anyone to eat them on holidays.

Many wild mushrooms are worth pursuing for the weekend forager. For example, with a little homework, you can learn to distinguish the highly prized morel from its not-so-appetizing look-alike, the “false morel,” which probably won’t kill you, but could make you sick enough to momentarily wish you were dead.

Some clarifications for those of us who do our mushroom hunting in supermarkets: Cépeis, the French way to say “Porcini,” and Portobellos are cremini that have fully expanded in both size and price. The common button variety can be greatly enhanced by adding a few wild mushrooms (either fresh or rehydrated dried ones). While mushrooms often appear dirty, resist the temptation to give them a good soak––brush them instead, or rinse gingerly. They’re highly porous, and water will dilute their flavor.

Shiitake stems can be tough. Remove them or trim the tough bottom part. Stir-fry in a very hot skillet so the mushrooms don’t water out. Serve over beef, chicken or Asian noodles.

1. Heat oil in a large skillet over medium-high heat until hot. Add ginger and garlic; sauté 1 minute. Add mushrooms; cook, stirring frequently, until mushrooms are golden brown, 3 to 4 minutes. Add soy sauce and sesame oil; cook, stirring, until most of the soy sauce evaporates, 1 to 2 minutes.