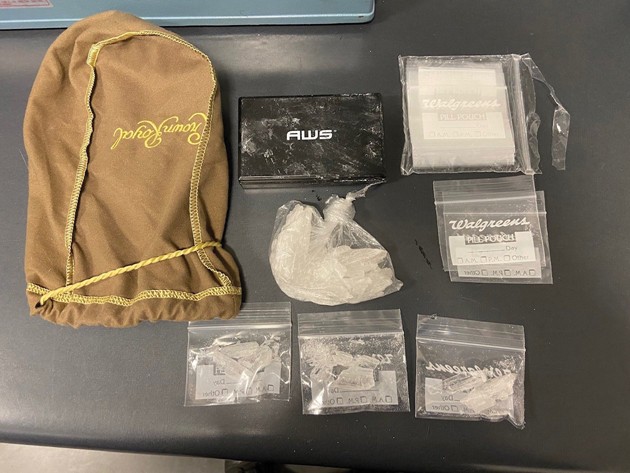 Some of the drugs seized by the Task Force over the weekend.

Over the weekend, members of the Tooele County Major Crimes Task Force made a considerable dent in the illegal drugs entering the county by cracking several cases.

All together the Task Force seized $33,000 of fentanyl pills, $11,000 of methamphetamine, drug paraphernalia, and two firearms. They also arrested two individuals related to the cases.

“We aggressively investigate all illegal drug cases and especially cases involving fentanyl due to how deadly the drug is,” Task Force officials said in a statement.  “Our primary mission is to investigate and arrest those individuals and organizations involved in the distribution of illegal drugs within our county”

During their undercover investigation, the Task Force uncovered 30 fentanyl pills and 1.7 pounds of methamphetamine, totaling over $44,000.

Ramon Alvarez and April Garcia were arrested and booked into the Tooele County Jail in connection with the investigation.

Alvarez is facing charges of three counts of possession with intent to distribute a controlled substance, third degree felonies, and the use or possession of drug paraphernalia, a class B misdemeanor.

If you suspect drug activity in your area, please contact the Tooele County Major Crimes Task Force on the Sheriff’s Department website at tooelecountysherriff.org/index.php/tip-hotline/