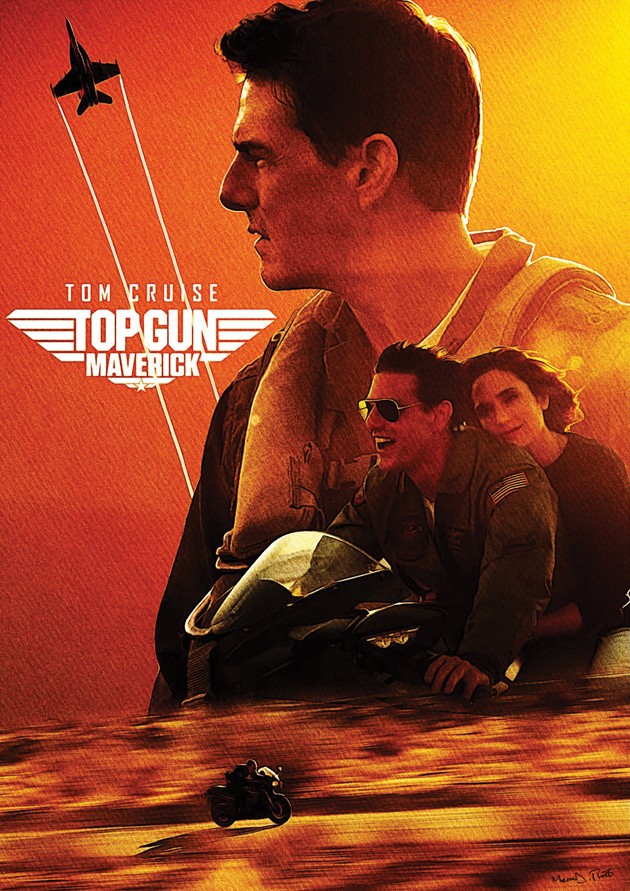 “Maverick” is just another proof Tom Cruise discovered the fountain of youth. At nearly 60 years old, he’s doing stunts that make me, a 21-year-old, feel old. It doesn’t look like he’ll be stopping anytime either; along with the release of “Top Gun: Maverick” last week, the trailer for the next Mission Impossible film also dropped, so keep that on your radar.

Top Gun’s long-awaited sequel “Maverick” finds Cruise at his best, returning to the alias of Capt. Pete Mitchell, as a test pilot still working for the Navy. When he’s not soaring around the world at the speed of sound, he spends his days fixing up his personal plane, and fulfilling his ‘need for speed’ in other ways like his bullet bike. However, orders come in for one last assignment.

The future is advancing, and with the advent of drones, fighter pilots will soon become part of a bygone era. The Navy knowns this, but they’re confronted with an obstacle that’s impossible for any drone to undertake: a mission to destroy a uranium base with insane geography and certain odds for casualties.

The Navy has already contacted the best of the best for the job—graduates from their elite flying program known as Top Gun—but are without someone to train them. Notable pilots like Hangman, played by Glen Powell, and Phoenix, played by Monica Barbaro, are top of their classes; therefore, the Navy needs the best person Top Gun has ever produced. They need Maverick.

Things, however, are taken to the extreme when Maverick discovers that Rooster, played by Miles Teller, is on the squad. He is the son of Maverick’s flying partner Goose who was killed in a flying drill. Maverick is faced with the choice of letting Rooster make the ultimate sacrifice and participate in the mission, or ensure he lives by booting him.

“Top Gun” was a huge movie for its day, but have you returned to it recently? In all honesty, it’s dated. Really dated. I have a hard time getting through it without either cringing or falling asleep.

Maverick, on the other hand, is good. Really good. And it will probably go on to be Cruise’s best reviewed film. It’s gripping from start to finish. As my armpits can attest, it will have you sweating in the third act. The camerawork, especially within the cockpits, is so immersive you feel like you’re flying along with the characters.

The best advice I have for you is to see it on the biggest screen possible. That means IMAX, and that means you need to act fast before it leaves IMAX theaters. Who knows, I might even see you there because I’ll definitely be seeing this one again in theaters.

That being said, the film is not quite perfect. Some scenes, in particular the ones between the romantic interest felt a little flat. Instead of opting for dialogue, they showed cheerful banter set to a sentimental soundtrack. It wasn’t bad per say but didn’t feel up to snuff with the rest of the movie. Maybe that’s the one proof of Cruise’s age catching up with him is that he’s not the same heartthrob he used to be when he was younger.

The film is rated PG-13 for sequences of intense action and some strong language.