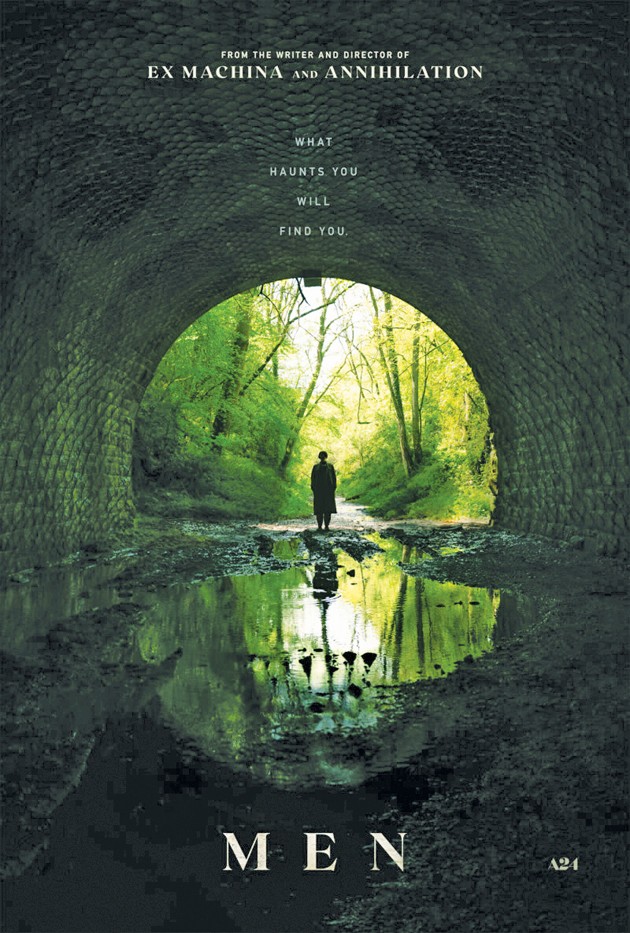 There are few film production companies I respect as much as A24. Their focus is on producing and distributing independent cinema, which is a necessary genre because it provides opportunities for new filmmakers to improve, and typically dismantles the film formula movie-goers have come to expect.

Some of the finest gems come out of A24 — like “Everything Everywhere All at Once” which is still in theaters and is a must-see if you haven’t already — but they’re also home to some of the greatest misfires — like Kevin Smith’s “Tusk” — for Pete’s sake, DO NOT watch that movie.

But whether it’s good or bad, independent cinema is not expected to take in much at the box office. It’s no wonder larger production companies avoid them like the plague. However, A24 has been gambling on them for over a decade now.

Their latest film, “Men,” directed by Alex Garland (director of “Ex Machina” and “Annihilation”) was released this past weekend. It’s about a young woman named Harper, played by Jessie Buckley, who after suffering a personal tragedy, takes a trip to the England countryside to clear her head. However, someone, or something, begins stalking her, and memories of the recent traumatic experience flood back to her mind.

I was hopeful for the film. I’ve followed Alex Garland closely since “Ex Machina,” which was a fantastic feature about artificial intelligence. His second film, “Annihilation,” about a dangerous environmental phenomenon, I was less thrilled about.

But after watching the intriguing trailer for “Men,” I hoped he had bounced back from “Annihilation” and would favor us with another thought-provoking film on a modern issue.

I shouldn’t have gotten my hopes up.

I can guarantee you that your average movie consumer will not like this film. I find it hard to believe anyone, even film fanatics, will find this movie the least bit appealing — that is, unless they like disturbing phallic imagery and a needlessly nonsensical plot.

I’m open to avant-garde cinema and abstract concepts, but even this one was near-impossible for me to get behind. It’s dark, too dark, and relies heavily on shock and body horror to get its unhealthy, politically saturated message across.

Inequality between men and women is one of the most important discussions going on in our society today. I think a film that tries to add to this discussion should have respect for the discussion, instead of butchering it with a knife.

There isn’t a single uplifting aspect about the movie. After walking out of the theater, I felt disgusted and hollow. The only reason I didn’t walk out earlier was because of the obligation to write this review.

Even then, I don’t think it was worth it to stick around until the end. The film is rated R because of the disturbing and violent content, graphic male nudity, and language.

It’s difficult to dredge up a good aspect of the film.

If there were one, I guess it would be that the film had impressive sequences of sound mixing, most notably during a tunnel scene where the main character plays with her echoes.

I don’t entirely know what Alex Garland’s motive was for making “Men.” — maybe it was to get reactions from audiences and critics like the one I just gave you. In that case, I’m falling right into his trap. Whatever it was, I wish he hadn’t made it. My advice is do not watch this movie. I’ll give “Men” a 2 out of 10.