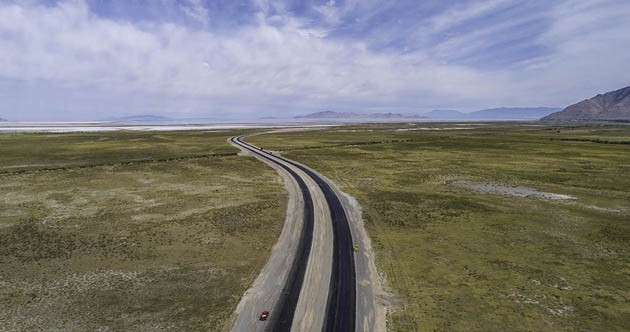 The Utah Department of Transportation announced that the Midvalley Highway will be open to traffic by 5 a.m. on October 30. An opening celebration is planned for the evening of Oct. 29.

Trunk or Treat on the new highway ♦

The long awaited moment for some commuters is almost here.

The Utah Department of Transportation announced yesterday that the Midvalley Highway will be open to traffic on Saturday, Oct. 30, by 5 a.m.

“Please come trunk or treat, walk the new road, and speak with local city and county representatives about the project,” said UDOT officials in the announcement of the highway’s opening.

More details and parking information will be announced later, according to UDOT.

The Midvalley Highway starts at a new interchange west of Exit 99 at approximately mile marker 94.5 on Interstate 80. It runs from I-80 to state Route 138 at Sheep Lane.

It was built as a two lane highway with the capability of expanding as traffic increases and funds become available, according to UDOT.

One thought on “Midvalley Highway opens before Halloween”