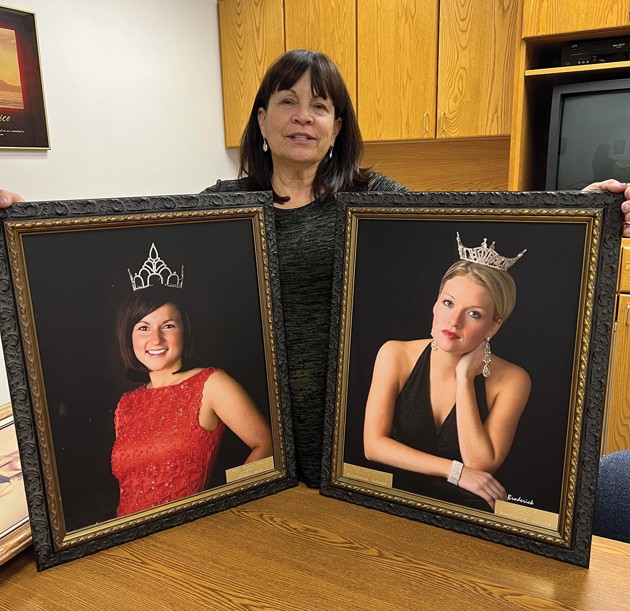 Cheryl Adams, a former Miss Tooele County Pageant director, and other community members are upset that photos of past county royalty were taken down from the third floor at the Tooele County Building.

Adams began helping the directors of the pageant in the 1980s and later took over as director in the 1990s. Adams ran the pageant until 2012, when she was asked to retire.

After 2012, the pageant was held some years and others it was canceled, because money wasn’t put in the county’s budget for the pageant, according to Adams.

The pictures of pageant royalty from the late 1970s onward hanging on the wall in the third floor of the Tooele County Building were recently taken down because county officials wanted to remodel.

“There were dozens of photos,” Adams said.

Although it is unclear who actually took the photos down, Adams got in touch with the county manager who, according to Adams, didn’t seem to be concerned with the issue.

“The manager is from Georgia,” Adams said. “He doesn’t know about these girls and what the girls represented. These girls worked thousands of hours of community service. These girls had platforms that benefited Tooele County too. I told him that he didn’t know what these photos represented. I don’t think he understands the history behind these pictures. These photos should be hanging on the wall until the end of time.”

“The county manager sent a message saying that he remembered seeing royalty in parades as a young boy and how nice it was to see the girls on the floats,” Adams continued. “I said that has nothing to do with what they do. Riding on the float was a bonus for them but it had nothing to do with their crown. They did so many things for the county. They didn’t just look pretty on a float.”

Adams drove to the county to gather the photos after being told that they were sitting in a storage room, because she thought it was important to preserve the girls’ legacies.

“I made four trips to the county building to get the photos, because I didn’t want them damaged,” Adams said. “I have spent countless hours on the phone with girls or their parents trying to return the photos.”

Since then, Adams has been able to return most of the photos.

When Adams posted on Facebook about the photos being taken down, she received over 50 comments asking why they had been taken down and stating that an important piece of history had been lost. Some people said they would miss seeing the photos on the third floor of the county building.

“The conversation pieces walking up and down the hall were phenomenal,” Adams said. “A little boy recognized his mother walking down the hall. It was so cute. Now we don’t have that anymore.”

Welch also said that the county plans to preserve the legacies of the girls.