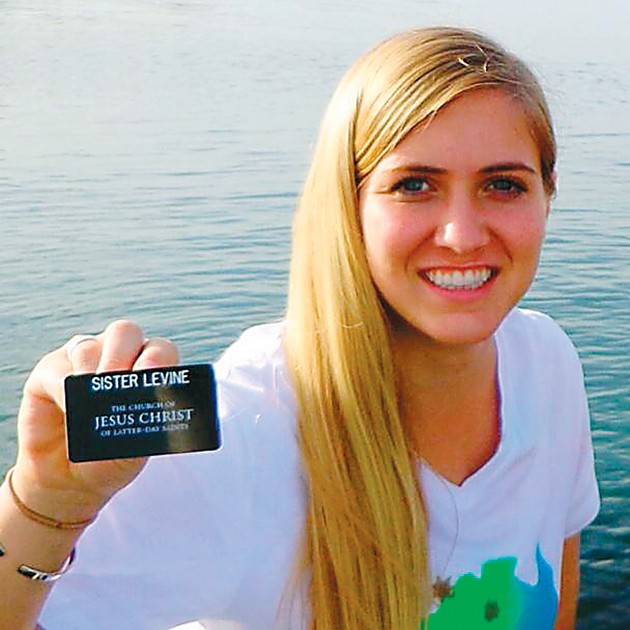 Kendall Levine holds her missionary name badge. Levine was recently injured in auto-pedestrian accident while serving a mission for The Church of Jesus Christ of Latter-day Saints in Australia.

September 30, 2014
Missionary hit by car comes out of coma

A former Stansbury Park resident who was hit by a car while serving an LDS mission in Australia has awakened from her medically-induced coma, but still has a lot of recovering to do.

According to a post Friday in the Facebook group “Prayers for Sister Kendal Levine,” the former Stansbury High School Stallion is awake and can focus her eyes, and her limbs and hands have been twitching.

Levine, 20, had pulled over to the side of the road in Monash, near Canberra, to take a picture of a double rainbow when another car hit her from behind, according to information provided by her family on Facebook.

She was taken to a nearby hospital, where she was placed in a medically-induced coma in an effort to assess her injuries and allow her brain, which had been bruised in the incident, total rest to heal.

She opened her eyes for the first time since the incident on Sept. 16 and moved her limbs voluntarily, though she could not yet focus or respond when addressed. She was moved out of the hospital’s intensive care unit — where she had stayed for nearly three weeks — on Wednesday, and was transferred to the facility’s neurology ward.

On the Facebook page, there are dozens of pictures of rainbows and double rainbows from across the globe, along with scores of well wishes.

Levine graduated from SHS in 2012, and was a star athlete on the school’s basketball team. She played basketball at Casper Community College in Casper, Wyoming, before leaving on an 18-month mission for The Church of Jesus Christ of Latter-day Saints in the Australia Sydney South Mission.

Levine’s family has moved to Hauula, Hawaii, since Levine graduated from high school.